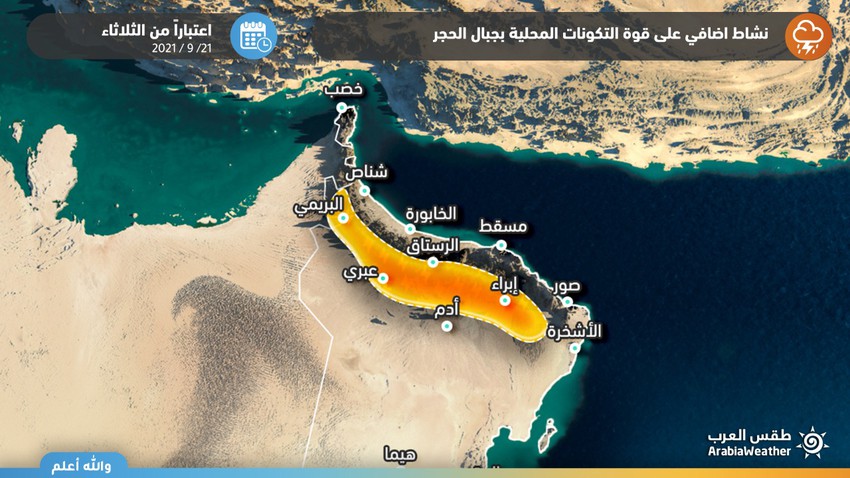 Arab Weather - The numerical models operating internally in Arab weather indicate an expected renewal in the activity of local formations on the Hajar Mountains and adjacent areas during today, Tuesday, with their continuation over the next few days, following the continued rush of humid southeast winds coming from the Arabian Sea, working to increase the chances of precipitation. On many areas, God willing, and in details:

Increased chances of rain in the coming days

In detail, with low presence of thermal west of the Sultanate contributes to the rush of winds southeast moist collide Bjal stone, the increasing rain chances on parts of the Hajar Mountains during the day Tuesday and continue over the next few days, and be rain varying intensity, and heavy in some geographical ranges narrow with a focus Cumulonimbus clouds on the middle stone, God willing, with an improvement in the chances of cumulus formations on parts of the second and first belts, compared to the past days, to include rain in new areas. 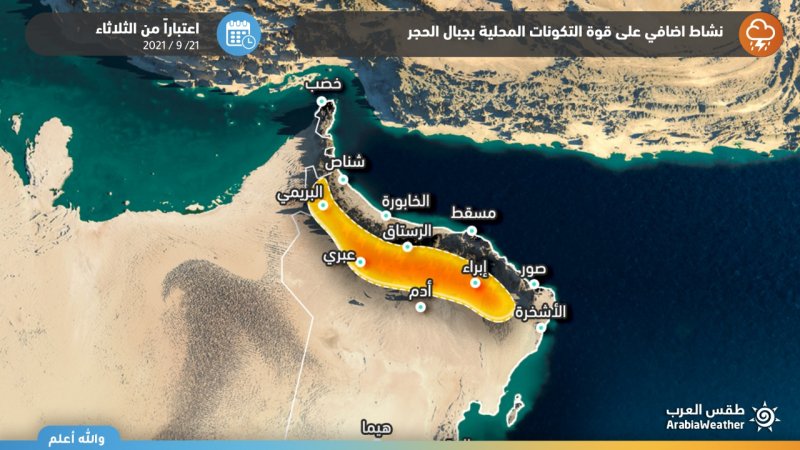 It is expected that the autumn clouds will continue to intensify on the coasts of Dhofar and the city of Salalah during the coming days, and the clouds will be accompanied by rain falling on some areas, in the form of scattered showers of rain in other areas, God willing.

To read the best, download the Arab Weather app, from here