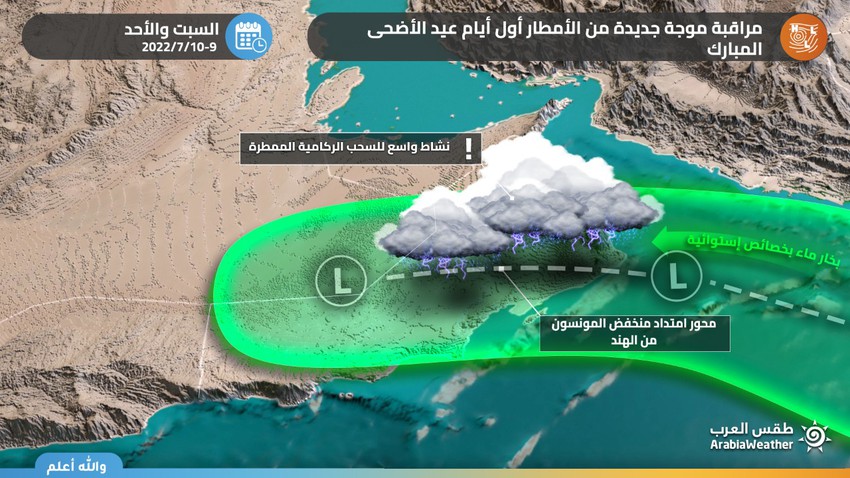 Arab Weather - The latest readings of the weather maps indicate expectations that the Sultanate will be affected by a new rain wave on the first days of Eid Al-Adha (Saturday and Sunday) as a result of the continued impact of an air depression coming from northern India, and it is expected that the rain wave will include most of the Sultanate’s governorates, God willing. The Sultanate’s impact on these rainy waves is considered unusual at this time of the year.

As indicated by the outputs of the computer processing developed in the Arab weather , it is expected that North Al Sharqiah, South Al Sharqiyah, Muscat, Al Dakhiliyah, South Al Batinah, parts of Al Dhahirah, North Al Batinah, Al Buraimi, Musandam, Al Wusta and Dhofar will be affected by the effects of the atmospheric depression on Saturday and Sunday, so that local formations are active along the two Hajar mountain chains with opportunities to flow Cumulus scattered rain clouds over the governorates of the Sultanate.

It is expected that the rains will be variable in intensity and thunderstorms at times, with the possibility of valleys and reefs flowing, especially in low-lying areas. 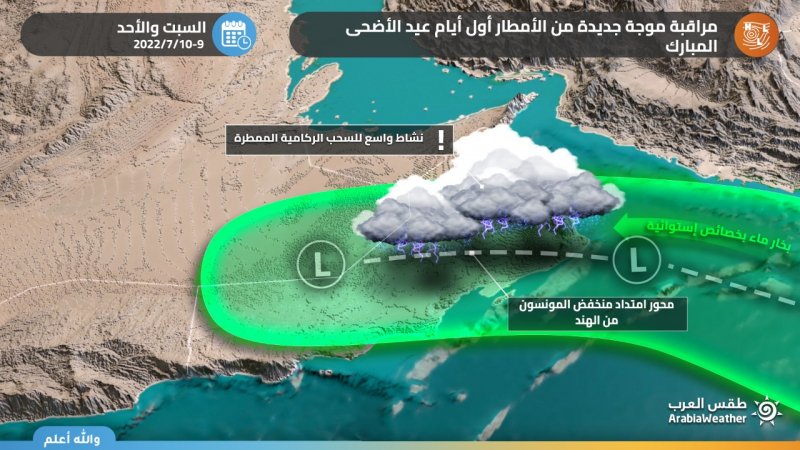