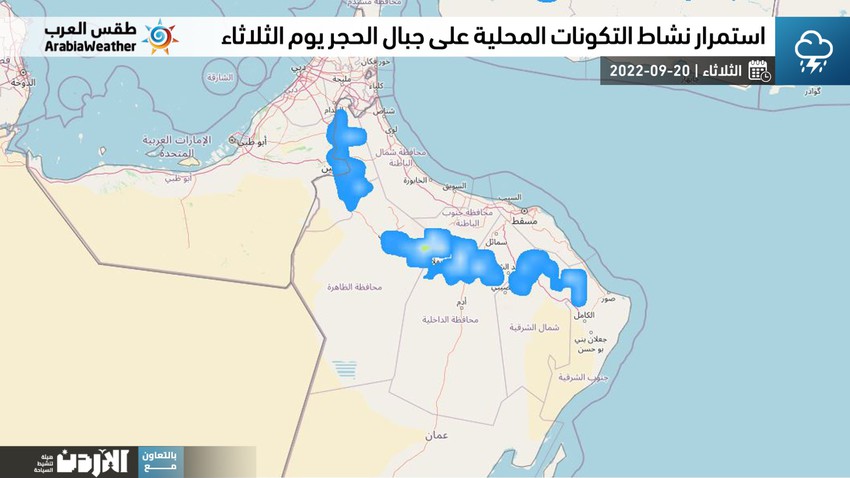 Arab Weather - Weather maps indicate, through computer simulations, predictions of a continuation of a favorable opportunity for the development and intensification of thunderstorms on several parts of the Al-Hajar Mountains on Tuesday, accompanied by rainfall of varying intensity, leading to the flow of valleys and reefs in some areas, God willing.

In the details, the weather on Tuesday is expected to be hot and humid during the day in the coastal areas, and very hot in the desert areas, and the afternoon hours will be prepared for convective and medium clouds to multiply over several parts of the Hajar Mountains with their focus on the third belt to include new areas, God willing, These clouds are of varying intensity and are accompanied by the occurrence of thunderstorms sometimes and lead to the flow of valleys and reefs in some neighborhoods, with the possibility of some rain clouds extending to desert areas during the evening. 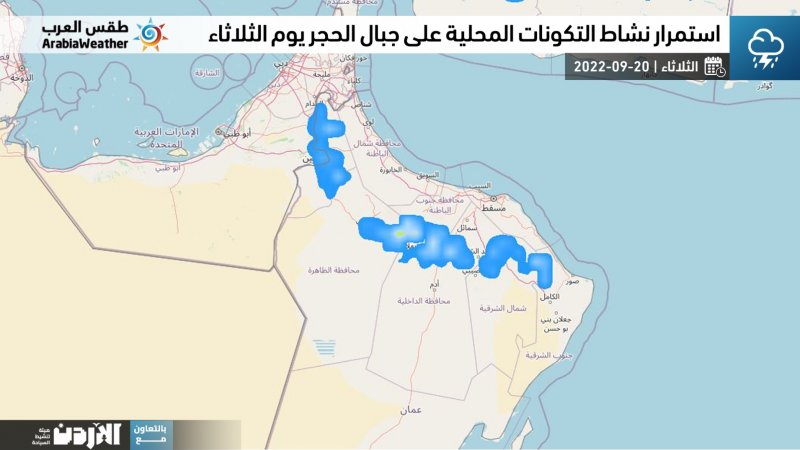 It is expected that the autumn clouds activity will improve on the coasts and mountains of Dhofar, accompanied by intermittent drizzle, God willing. As for at night, the weather is hot in most regions of the Sultanate and temperate over the high mountainous heights, with the flow of low clouds to parts of the governorates of Dhofar, Al Wusta and South Al Sharqiyah, and they are in the form of fog in some areas.