Sultanate of Oman | Rapid development of cumulus clouds over many areas, accompanied by rains of varying intensity..Important details and warnings 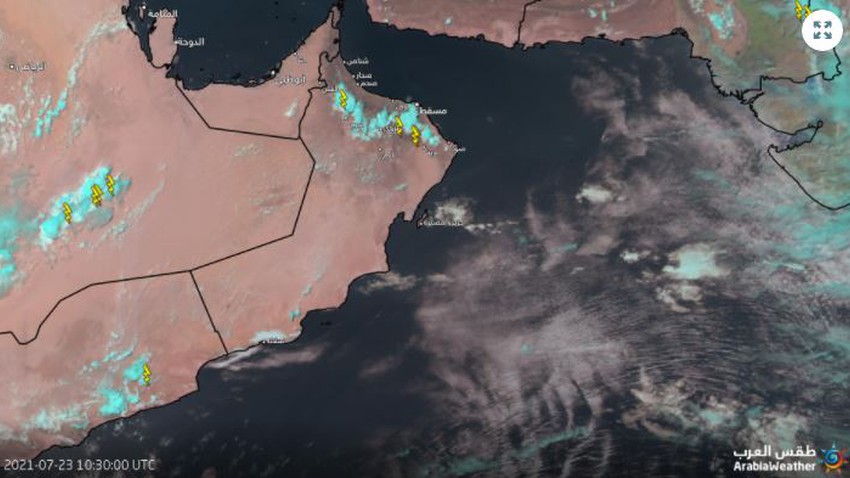 Arab Weather - The latest satellite images show a striking development of cumulus thunderstorms over many governorates of the Sultanate, including parts of South Al Batinah, Al Dakhiliyah, Al Dhahirah, North Al Sharqiya, and parts of the capital Muscat, especially Al Amerat area, coinciding with the rush of clouds at different heights on the coasts of Dhofar Governorate, and these clouds are accompanied Showers of varying intensity, heavy in some geographical areas.

During the coming hours, it is expected that local formations will continue in many governorates, extending to neighboring areas, as some of these clouds extend towards parts of the coast of the Sea of Oman, and the rain will be very heavy at times and in some geographical areas with the possibility of the formation of torrential torrents in some areas.

Arab weather recommends the residents of the Hajar Mountains and the surrounding areas to pay attention to the severity of the downward air currents associated with thunderstorms, and the abundance of rain that will take a local character so that it will be heavy in limited ranges without others.