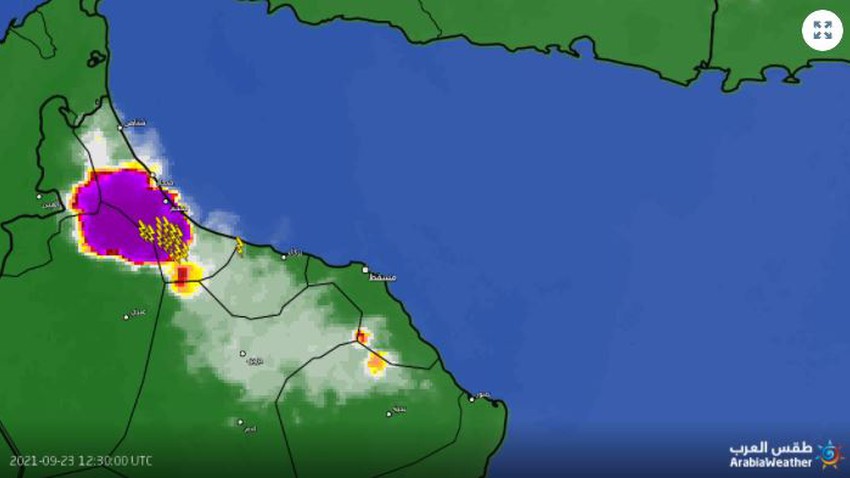 Arab Weather - Satellite images indicate the presence of strong cumulus clouds in large parts of the Western Stone, especially those located in the north and south of Al Batinah, in addition to parts of Al Buraimi and Al Dhahirah and are associated with heavy rain and showers of large hail in addition to strong thunderstorms, and Arab weather alerts of Risks of forming strong torrents in those areas, as well as downward winds, especially on coastal areas, that raise dust waves.

Where the same satellite images show that a cumulus cell began to form several hours ago in the western stone areas, it developed rapidly, as the cell exceeded its vertical height the tropopause layer in the atmosphere.