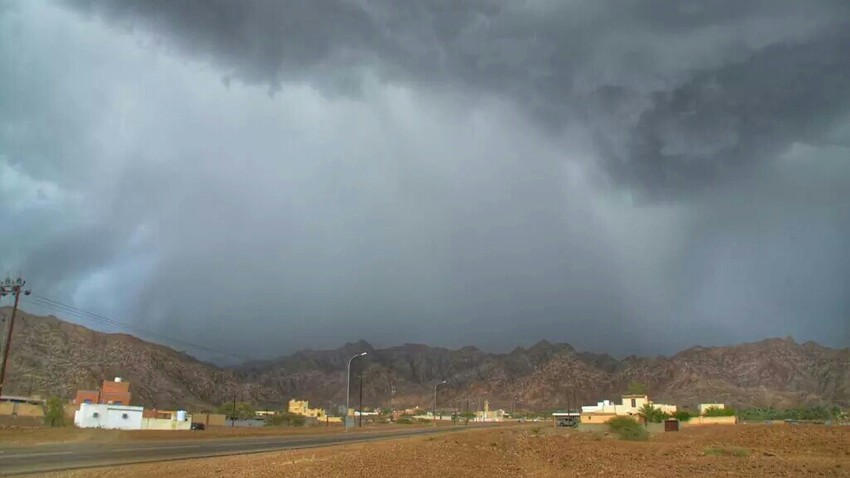 Arab Weather - On Friday, September 23, 2022, the autumn season begins astronomically in all regions of the northern hemisphere, including the Sultanate, and the astronomical start of the seasons determines the tilt of the Earth's axis as it rotates around the sun, which leads to the two halves of the Earth receiving a different amount of solar radiation, so that Either half of the Earth tilts towards the sun and the season is summer, or it tilts away from the sun and the season is winter, more details.

Although the autumn season officially entered on Friday, it is expected that temperatures will tend to rise slightly on Friday and another rise on Saturday, so that clear and hot weather will prevail in most coastal areas during daylight hours, while it remains very hot in the interior regions, and opportunities for breeding remain The medium and cumulus clouds on Friday afternoons are based on separate parts of the Hajar Mountains. These rains are moderate in their entirety, and they may be heavy in some narrow geographical areas, God willing, and the chances of formations will recede as of Saturday, although they remain in the Generally limited areas.

As for the night hours, the weather is relatively hot in most regions of the Sultanate, and humid on the coastal areas with the flow of low clouds on the coastal areas overlooking the Arabian Sea, which is in the form of fog in some areas, while the percentages of surface humidity decrease in the interior areas as a result of gusts. Dry northwest winds.

After the coasts and mountains of Dhofar during the Khareef season witnessed a foggy atmosphere interspersed with chances of rain in some periods, the Serbian season begins in conjunction with the autumnal equinox, and the humidity decreases and the fog gradually clears, and the atmosphere is moderate and sunny with the emergence of some scattered clouds, and the turbulence of the sea and the intensity of the waves stops Which was during the monsoon period, to be suitable for sea picnics, more details.