Sultanate of Oman: The high altitude casts a shadow over the Sultanate's atmosphere again... and a stable week in all regions 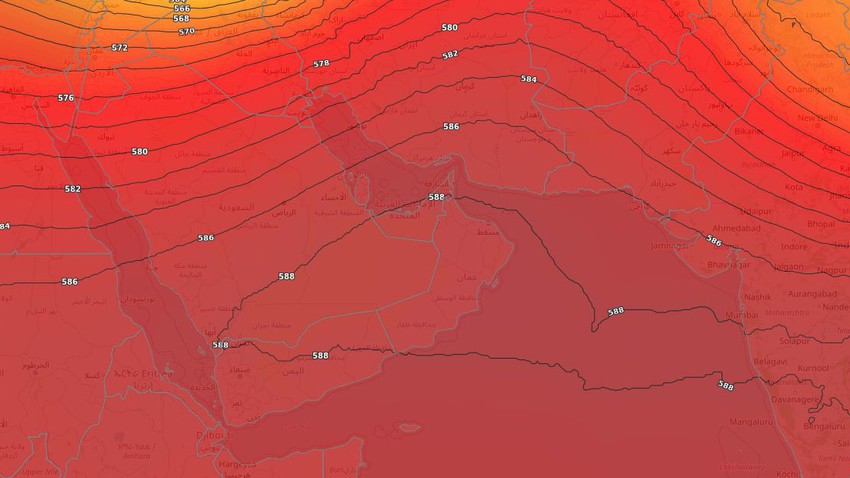 If you are browsing from your phone, you can download the Arab Weather application, which provides accurate weather forecasts for thousands of regions in the Sultanate.

The semi-tropical high is dominating the Sultanate's atmosphere again

Regarding the details, it is expected that all regions of the Sultanate of Oman will live under the weight of stable weather, where there are no chances of rain for the whole of the current week at least, God willing, as the subtropical air rise extends from the surface of the earth to a height of approximately 15 km, causing the humid waves to be repelled both from The south coming from the Arabian Sea or the cold and wet masses coming from the north. Thus, the high layers remain unprepared for the development of clouds and cases of atmospheric instability, so that this air system makes the mountains of the Sultanate or other areas within the scope of an air-stable region and far from any air activity.