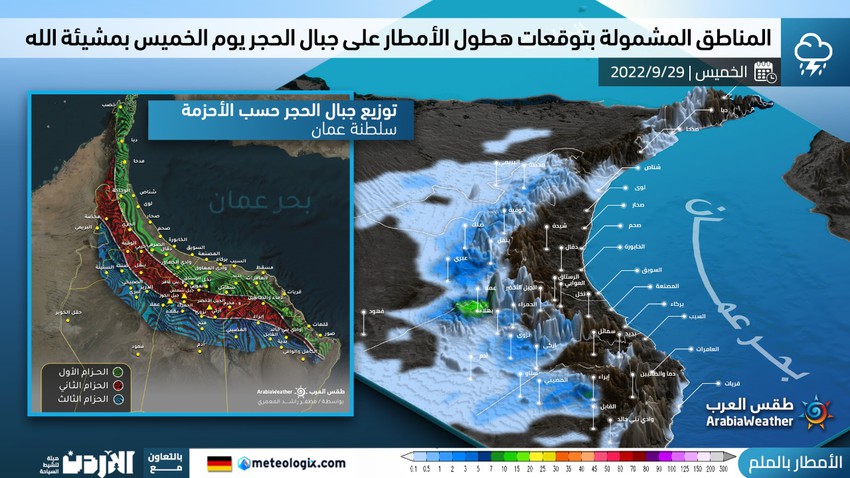 Arab Weather - Specialists at the "Arab Weather" Center said that there is a renewal in the unstable weather over large parts of the Al-Hajar Mountains and adjacent areas on Thursday, so that the opportunity will be available in the afternoon hours for rain of varying intensity on several parts of the Al-Hajar Mountains and may lead To the flow of valleys and reefs in some areas.

In the details, it is expected that the Sultanate will be affected more on Thursday by an eastern air turbulence, which will cause an expansion in the activity of cumulus clouds in several parts of the Al Hajar Mountains and neighboring areas. And reefs in some areas, God willing. 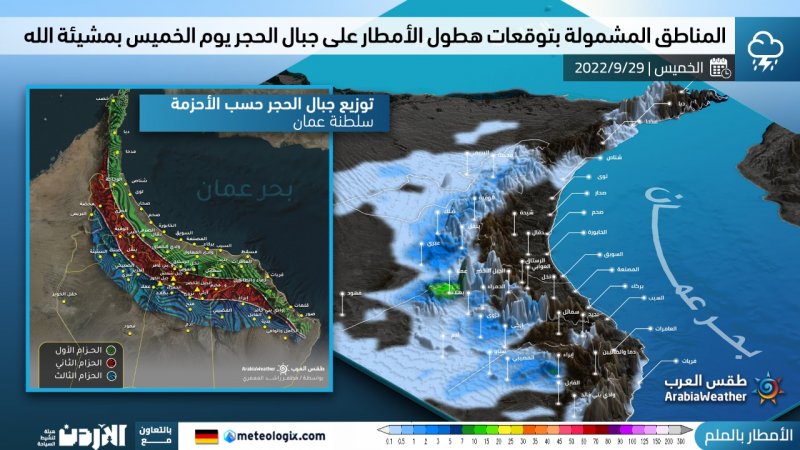 In the rest of the regions, the weather will be hot and humid on the coastal areas, with the flow of low clouds in the morning hours, and gradually becomes clear during the day, while the weather is hot to very hot in the interior and partly cloudy. The weather turns to hot at night in most areas and is mild over the high mountainous heights and the coasts of the Arabian Sea, with the flow of low clouds in the late night and early morning hours over parts of the governorates of Dhofar, Al Wusta, South and North Al Sharqiah, Al Dakhiliyah, South and North Al Batinah and Musandam, with the possibility of low horizontal visibility.