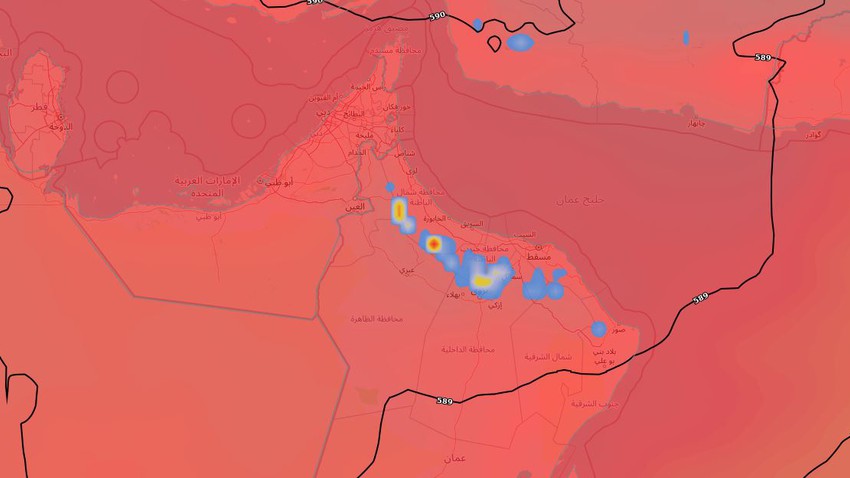 Arab Weather - The latest output of our computer simulation systems in Arab weather indicates an expected expansion in the impact of cumulus thunderstorms on the heights of the Al Hajar Mountains, to include many areas, following the renewal of the humid Kos winds from the Sea of Oman towards the atmosphere of the Sultanate, and the following are the details:

Precipitation is concentrated on the central and western stones

In the details, it is expected that convective thunderclouds will renew in parts of the Hajar Mountains on Wednesday, to rain in the form of thunderstorms of varying intensity, sometimes heavy and accompanied by showers of hail, with the possibility of the flow of valleys and reefs, while some of these clouds are likely to extend at intervals during Afternoon and evening hours towards neighboring areas from time to time and some desert areas, with the intensity of rain concentrating on the central and western stones. 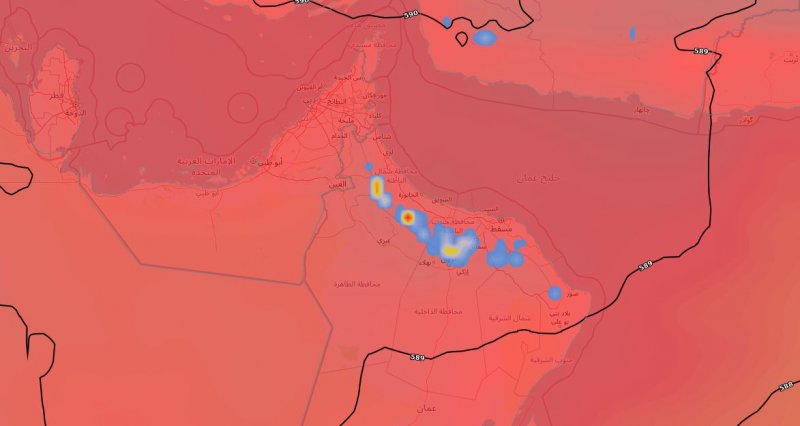 Wet winds continue to rush towards the coasts of Dhofar Governorate, including the city of Salalah, which promotes the spread and formation of autumn clouds on a daily basis.

As for the temperature, it is not expected that there will be a drastic change in the temperature in the coming days, so that it will remain above its normal rates throughout the interior regions in addition to the coastal areas overlooking the Sea of Oman so that hot weather naturally prevails in those areas, but the coastal areas Overlooking the Arabian Sea, it remains safe from the hot weather, due to the continuous blowing of the humid monsoon.