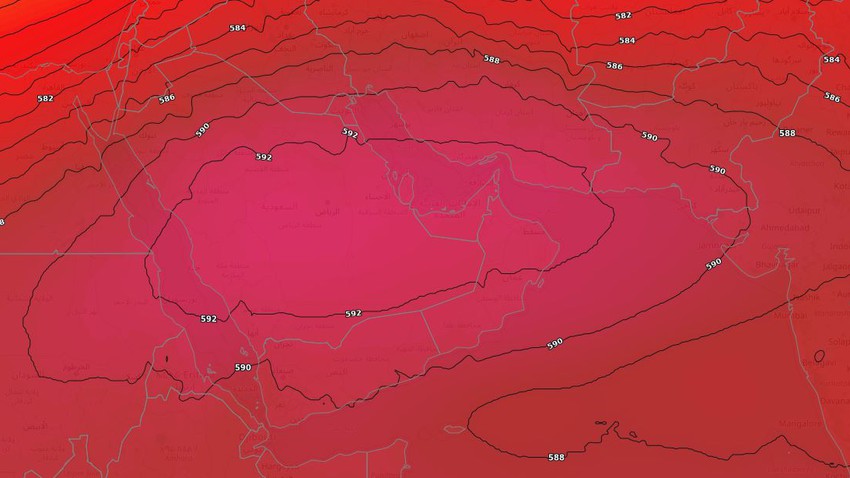 Weather of Arabia - Computer modeling maps indicate expectations of an intensification of the influence of the subtropical air altitude on the southern parts of the Arabian Peninsula, which is reflected in the rise in temperatures, so that very hot and exhausting weather prevails in all regions.

Very hot and exhausting weather, and the temperature exceeds 45 degrees Celsius in the interior

The high air is expected to intensify over the Sultanate’s atmosphere in the coming days, so that temperatures will rise so that most of the interior regions will record high temperatures at levels in the forties, while it will be recorded at the end of the thirties Celsius in the coastal areas with very hot weather in all regions, God willing.

In conjunction with the effect of the gloomy weather, active northwest winds blow over the Sultanate, working to raise the levels of dust in the atmosphere in many areas, especially desert areas.

In light of these conditions, Arab Weather warns of the need to adhere to the following instructions: