Sultanate of Oman: Very hot weather in most areas, and the temperature approaches 50 degrees in the desert areas on Friday 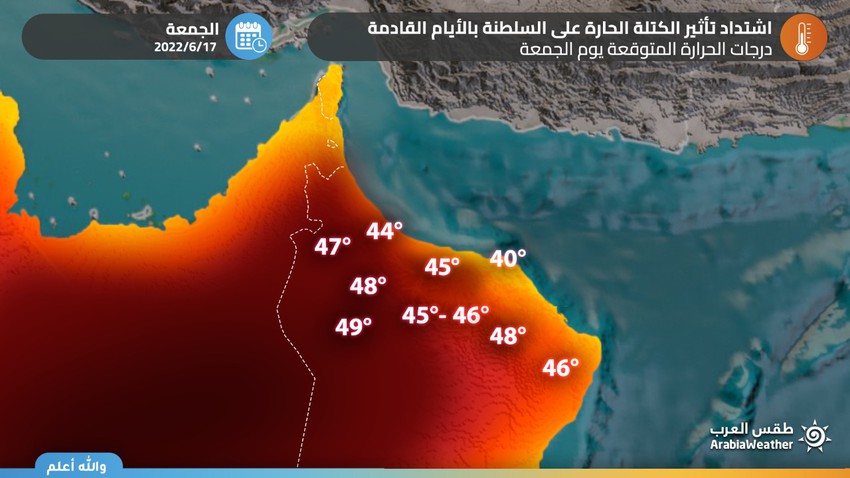 It is expected that temperatures will be in the mid-40s in the interior regions, while approaching 50 degrees Celsius in the desert areas, and around the beginning of the forties in the coastal areas of the Sea of Oman, God willing. 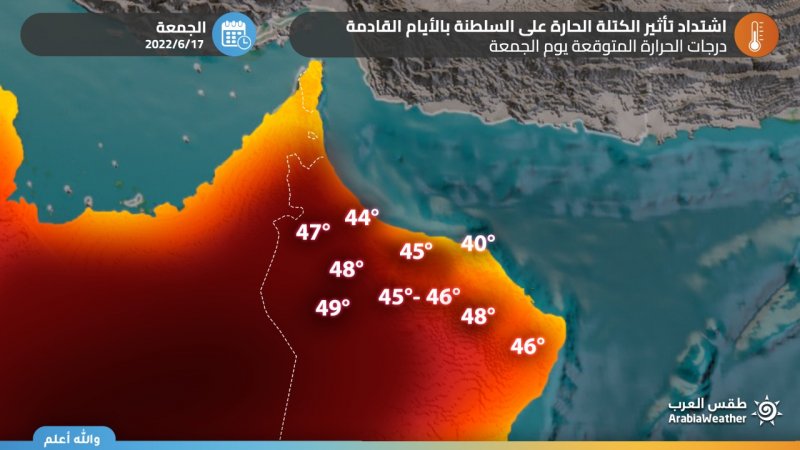 In conjunction with this weather, it is expected that amounts of clouds will flow at medium altitudes to parts of the north of the Sultanate, which may be accompanied by drizzle, especially in the morning hours, and winds are sometimes active in some areas.