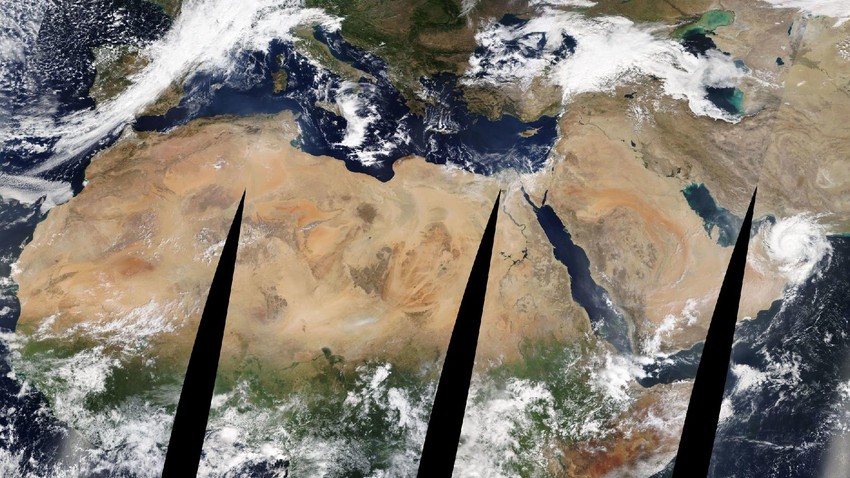 Weather of Arabia - The Arab region witnessed a different weather phenomenon during the month of October, from Hurricane Shaheen, which struck the Sultanate of Oman, to the interruption of rain witnessed in the Levant and the floods in a number of Maghreb countries.

Summary of weather conditions in the Maghreb

The Maghreb countries witnessed 5 cases of air instability and low air conditions during the month of October. The greatest impact of these cases was on Algeria, Tunisia and Libya, while the Kingdom of Morocco remained far from the effects of most of these cases.

On October 23, 2021, Algiers was hit by floods resulting from a state of atmospheric instability, where more than 200 mm fell in less than 24 hours.

Read more about this topic here

It was followed by Tunisia's exposure to the same weather condition on 10/24/2021, and heavy rains fell in large areas of the republic, causing casualties.

Read more about this topic here

Summary of weather conditions for Egypt, the Levant and Iraq

Parts of Egypt, the Levant and Iraq were subjected to a state of atmospheric instability on 10/12/2021, and thunderstorms of rain fell on the Sinai Peninsula and parts of Palestine, Lebanon, Jordan and Syria.

The weather stabilized until the end of the month.

Summary of weather conditions in the Arabian Peninsula

The most important weather phenomenon in the Arabian Peninsula during the month of October was Hurricane Shaheen, which hit the Sultanate of Oman and parts of the Emirates on 3/4-10-2021 and was of the first degree.

This was followed by the transfer of its moisture towards the Empty Quarter, Yemen and southwest Saudi Arabia on 10/8-2021, and a strong state of atmospheric instability arose that caused torrential rains in Yemen.

While most of the days of October were stable on the rest of the Arabian Peninsula.

Update 6:20 PM: Large parts of the western sector of the Kingdom are under rainy thunder clouds