Sunday | High temperatures and a near-spring atmosphere in some areas 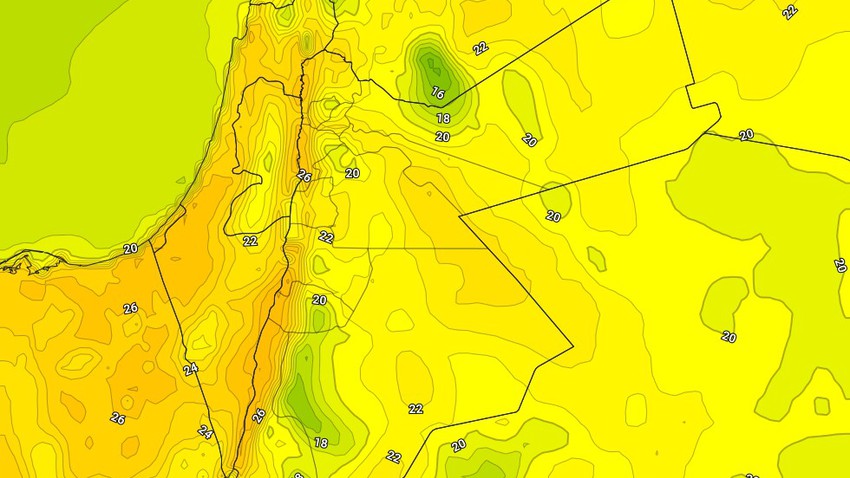 Arab weather - there is a further rise in temperatures and the weather is warm and often clear in general, and it can be described as being closer to spring over some regions of the Kingdom, especially in the Jordan Valley and Aqaba, and the winds are southeasterly moderate in speed, increasing the feeling of cold during the morning hours, especially over the heights Mountainous.

Rise in night temperatures with the emergence of higher clouds

The nighttime temperatures continue to rise compared to the previous nights, and the weather is relatively cold in general, and the sky covers in the evening and night hours, quantities of high (high) clouds, which are of the type not rainy, and the winds are light southeasterly to moderate speed.