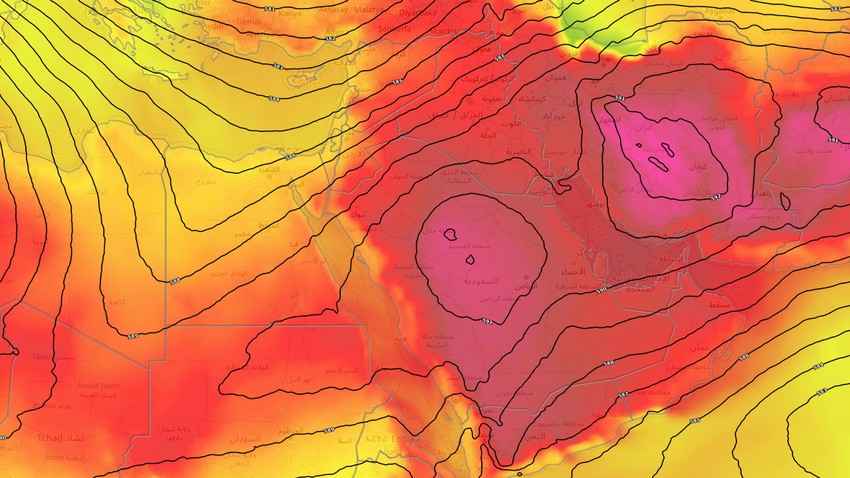 Arab weather - The cities of Jordan live in the reality of summer and relatively hot weather, so that temperatures are recorded in the early thirties in most areas, this comes as a result of the continued rush of relatively hot air currents originating from the desert of the Arabian Peninsula.

There is no big change in the weather on Sunday

This weather is expected to continue on Sunday, with relatively hot summer weather prevailing in the mountainous areas, and remarkably hot in the Jordan Valley, the Dead Sea and Aqaba, and temperatures slightly higher than their average rates for this time of year, and the weather is often sunny, and the winds are west to northwesterly moderate. Speed, be active in the afternoon may raise some light dust in the eastern desert. 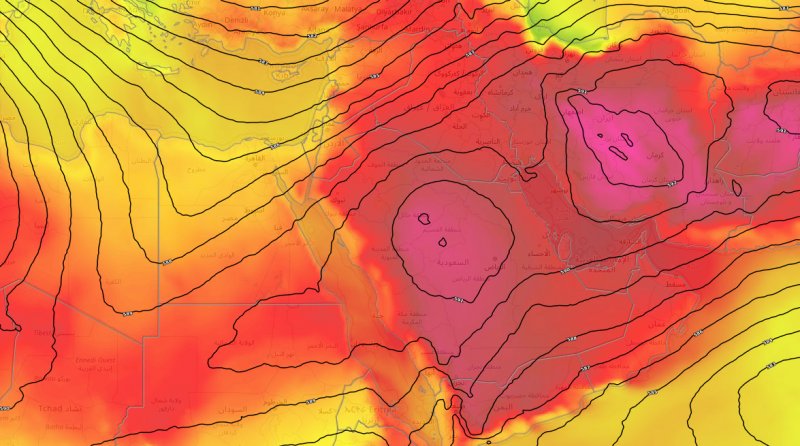 During the night hours, the weather is generally moderate in the mountainous areas and the plains, while it is remarkably warm in the rest of the regions, and the winds are northwesterly light at speed.

According to the latest weather updates, it is not expected that there will be a significant change in the air systems during the coming period, as a result of the continued control of a relatively hot air mass coming from the desert of the Arabian Peninsula, so that the atmosphere will continue to be the same in all regions, as the normal summer weather tends to heat, of course, within hours. Noon and afternoon in the mountainous heights, and mild weather prevails in general during the night hours.

"Arab Weather" invites you to keep abreast of the news issued by the weather forecast cadre in the coming days through the main website and application.

- Live: the details of the hot air mass effect on Jordan and the initial weather forecast for Eid

- Choose from 12 tourist destinations across Jordan for only 10 dinars

Detailed weather forecast for Jordan for the next 5 days