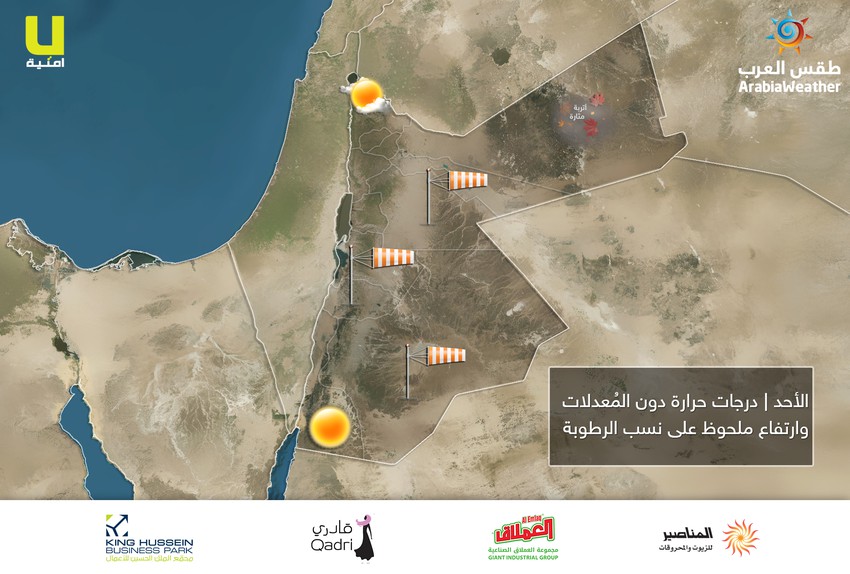 Sunday | Sub-average temperatures and a noticeable rise in humidity

ArabiaWeather - It is expected that the Kingdom will be affected by the air mass with lower than average temperatures, humid and exodus from the Mediterranean Sea

As the temperatures continue to decrease, becoming below their general levels around 3-4 degrees Celsius, and the weather turns into a moderate summer in various regions of the Kingdom.

The low clouds appear during the morning period, and slight local showers of rain (drizzle) are expected during the early morning hours in the far north of the Kingdom .

The winds will be northwesterly brisk, with strong gusts at times, and they cause dust in various desert regions, especially the eastern ones .

Extra drop in temperature at night

The temperatures are significantly lower on Sunday / Monday night compared to Saturday / Sunday night, and the weather is cooler over the mountain heights, and pleasant in the rest of the regions, while it remains significantly humid .

And show quantities of clouds and low clouds, and fog may form in late night hours over high mountains .