Syria | A decrease in the temperatures Thursday, to become around their normal levels for this time of the year 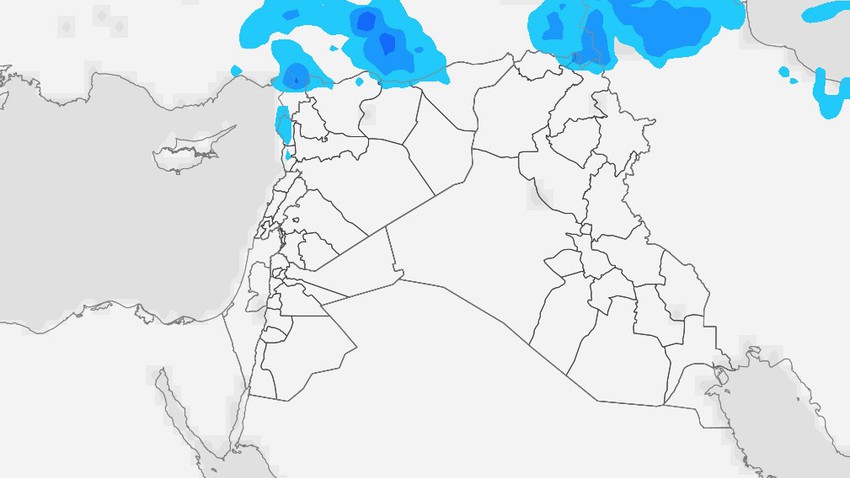 Arab Weather - A decrease in temperatures occurs on Thursday to become around their normal rates for this time of the year, and the weather is mild to moderate in coastal areas and mountain heights, and relatively hot in the rest of the regions, with clouds appearing at different heights, and sporadic showers of rain fall in Parts of the far northern regions in the border areas with Turkey, and the winds are westerly to northwest, moderately, for speed activity, and are accompanied by strong gusts of up to about 75 km / hr, which cause dust and dust, especially in the southern regions, and the winds are southwesterly moderate to brisk at times. In the coasts, and lead to high waves, especially in the coasts of Tartus, Baniyas and Latakia.

There is also a decrease in the night temperatures, and the weather is relatively cold in the mountainous heights at night, and generally pleasant in the rest of the regions, with the continued appearance of clouds and the remaining opportunities for showers of rain in parts of the north of the country in the border areas with Turkey and may include parts of the coasts in a form. Weak, and high humidity occurs in the western regions, so that fog forms, and the winds will be westerly to northwest, light to moderate in speed, activating sometimes, and are accompanied by strong gusts in some areas.