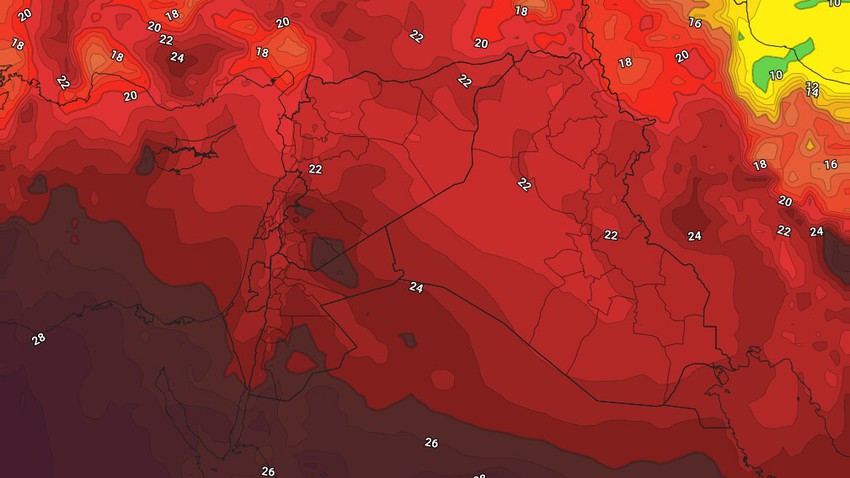 Arab Weather - The weather on Friday remains mild to moderate in the coastal areas and the mountainous highlands, and relatively hot in the rest of Syria, with clouds appearing at medium and high altitudes, and there is a possibility of thunderstorms from rain in parts of the northeastern regions in the border areas with Turkey, The winds are northwesterly moderate, active during the afternoon and afternoon hours, and are accompanied by strong gusts at times that cause dust and dirt.

The weather is pleasant at night over most areas, tends to be cold at a later time at night, and the winds will be westerly to northwest, light to moderate in speed, and are active sometimes in some eastern regions.

An air mass, relatively hot to a lane, that affects Syria on Saturday

As of Saturday, Syria is affected by a relatively hot to hot air mass, so that there is a significant rise in temperatures and the weather will be warm in the coastal areas, and relatively hot to hot and sunny in the rest of the regions, and the winds will be northwesterly, light to moderate in speed, sometimes active in some areas .