Temperatures touch 50 degrees Celsius in parts of Iraq and Kuwait, as of Thursday 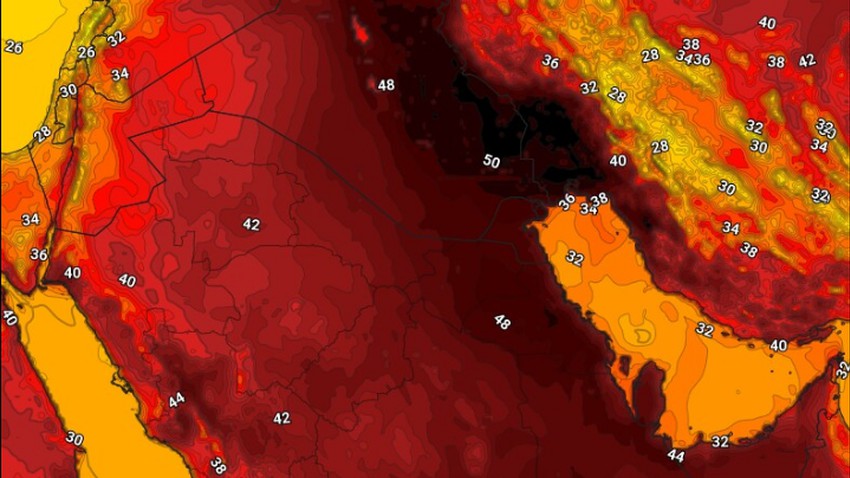 Arab Weather - The latest outputs of the air maps received by the Arab Regional Weather Center indicate the increase in the impact of the extremely hot air mass accompanying the deepening of the seasonal air temperature depression on Iraq and Kuwait, starting from Thursday and during the current weekend, so that the heat in general will intensify.

According to the same outputs, it is expected that the maximum temperatures during the end of the week will touch 50 degrees Celsius in the southern and southeastern regions of Iraq, in addition to some interior regions of Kuwait, specifically the northern regions adjacent to the Iraqi border, extending towards the Jahra region.

The Arab Weather website warns of the danger of long and direct exposure to sunlight, especially in the afternoon and afternoon periods, and it is recommended to drink plenty of fluids and refreshments under stressful and dry weather conditions.