Tens of thousands displaced by floods in Ethiopia 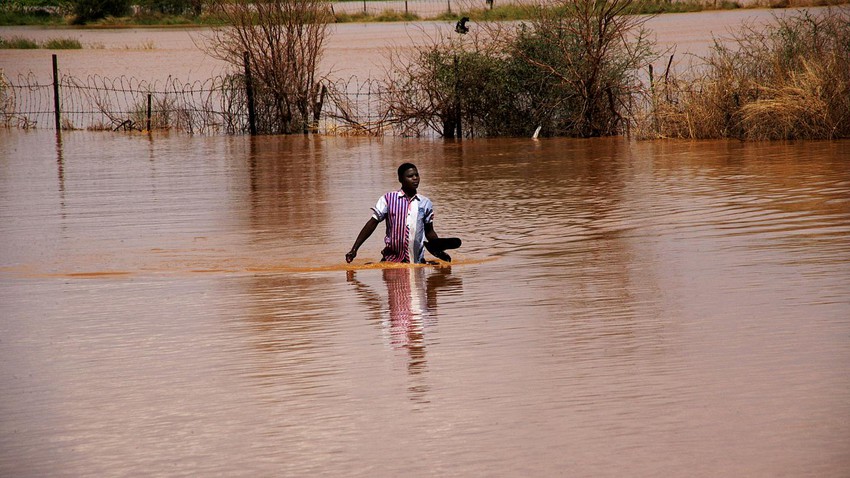 Arab Weather - Floods and floods in Afar region, eastern Ethiopia, caused the displacement of 32,000 people; After the heavy rains and floods of the Awash River, which slopes from the south of the country.

The Director of Early Warning and Emergency Response in the region, Aidahis Yassin, explained that despite the efforts made by the Awash River Basin Authority to prevent floods, in cooperation with federal governments, the destruction is now due to heavy rains, which he described as "unusual", stressing that the damage The agricultural crops and animals affected the area.

He pointed out that the Ethiopian federal government has taken the initiative to provide relief and aid to more than 1,100 displaced persons transported by helicopters.

He added that about 63,000 people are at risk of floods, while 44,000 people living on the banks of the Awash River will face the risk of displacement.