The 10 most prominent signs of the tag season 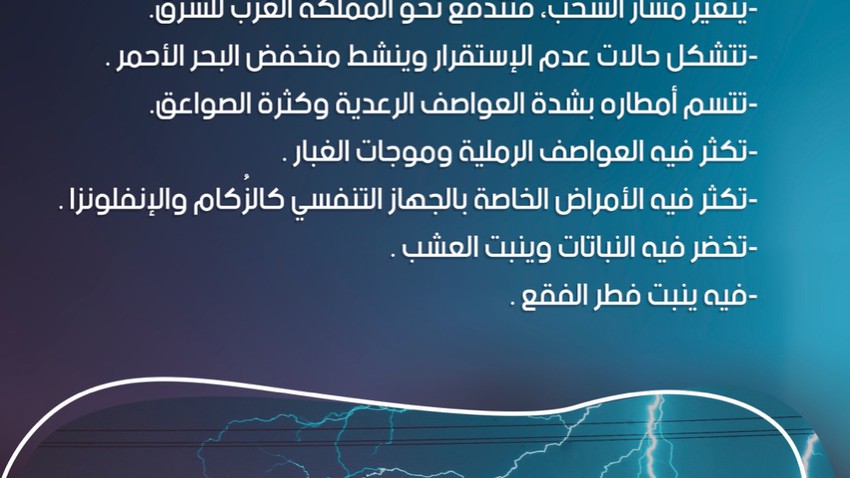 Arab weather - Sinan Khalaf - on the sixteenth of next October, will begin to have an effect   The season of the marking, which lasts for about 52 days, during which the weather is moderate, and plants and herbs begin to grow, announcing the end of the summer season and a break in the intensity of the hot weather in various regions of the Kingdom.