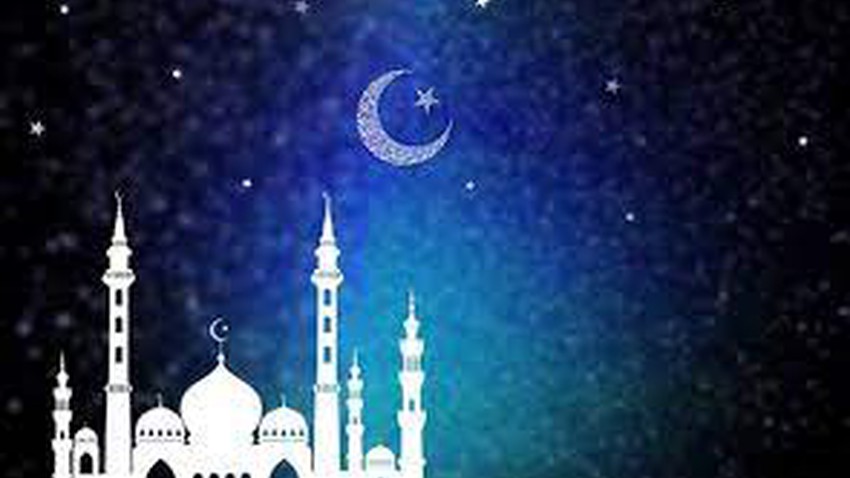 Arab Weather - Ramadan is considered the ninth month of the Hijri year, and it is one of the best months of the year for all Muslims, because it has a great reward and reward for God Almighty, and it is the month of fasting, where the fasting Muslim refrains from eating food and drink and all other things that break the fast from dawn to dawn sunset prayer.

The word Ramadan is derived from the original "ramad", which means the intensity and strength of the heat, and its derivation is based on the weight of the souring of Ramadan, that is, it got hotter, and the heat fell in the sense that the heat increased in intensity on them, and at that time they transferred all the names of the months from the language that prevailed in ancient times, And they began to call them names related to the times, and this coincided with Ramadan, as it was days of great heat, and from that time it was called Ramadan.

In Ramadan, a Muslim performs fasting, which is one of the obligatory duties imposed on Muslims, and it is one of the five pillars of Islam, in which the Islamic religion is not valid without it, and fasting is defined as the Muslim’s abstaining from eating and drinking and all other things that break the fast from dawn until sunset. That is, when the time for the sunset call to prayer comes, and this timing is specific to all parts of the world with a difference in the time difference.

One of the most important benefits of fasting is that it works to purify and purify the human soul, and draw closer to God Almighty by adhering to the obligation of fasting , and in this great month all the gates of Hell are closed, and the doors of mercy and forgiveness are opened for Muslims, and many Sharia evidence has confirmed fasting, such as the Almighty saying: Eat and drink until it is clear to you the white thread from the black thread of the dawn , then complete the fast until the night), and before fasting Muslims wake up in the times before the ears of dawn, and in this period , eat light and healthy food, and it is called suhur; It is one of the most important actions that a Muslim does during Ramadan , because of its benefits and blessings, and our honorable Messenger - may blessings and peace be upon him - urged us to adhere to it.

Night of Power and the revelation of the Qur’an

The most characteristic of the month of Ramadan is the presence of the greatest night, which is the Night of Power , in which the Noble Qur’an was revealed to our Master Muhammad - may God bless him and grant him peace - and it was revealed in the year 610 AD, and at that time the Messenger - may God bless him and grant him peace - was present in the cave of Hira, and in this place The revelation Gabriel - upon him be peace - came down to him, and the first verse revealed to him was the Almighty saying: (Read in the name of your Lord who created).

Tarawih prayer is one of the Sunnahs that Muslims perform in the month of Ramadan, and the time for this prayer is the one who prepares the evening prayer until before the dawn prayer, and the number of its rak'ahs is not specified and returns to the Muslim’s desire for more goodness. That is, after every two rak'ahs she is delivered, and after completing her prayer, the Muslim prays the Witr prayer after which there is no prayer, and Taraweeh prayer is valid collectively or individually, depending on the ability of the Muslim.

Zakat Al-Fitr is one of the basic things that Muslims do in the month of Ramadan , which is given to the poor, needy and needy people, in order to meet their needs and requirements, and zakat al-Fitr is paid before the time for Eid al-Fitr prayer begins , after the end of the blessed month of Ramadan, and it can also be paid before the end of the month of Ramadan as well. . It is an obligation on every Muslim man and woman, and zakat al-Fitr differs from other zakat in that it is obligatory on the soul of a Muslim and not his money, and it aims to purify the souls of Muslims and purify their bodies.

After the end of Ramadan, Muslims receive the happy Eid al-Fitr . Where Muslims celebrate on the first day of the month of Shawwal, and it is the first day that Muslims break their fast after fasting the whole month, and that is why it is called Eid al-Fitr, and the day of Eid is a day of joy and happiness, in which Muslims rejoice with the grace of God Almighty.