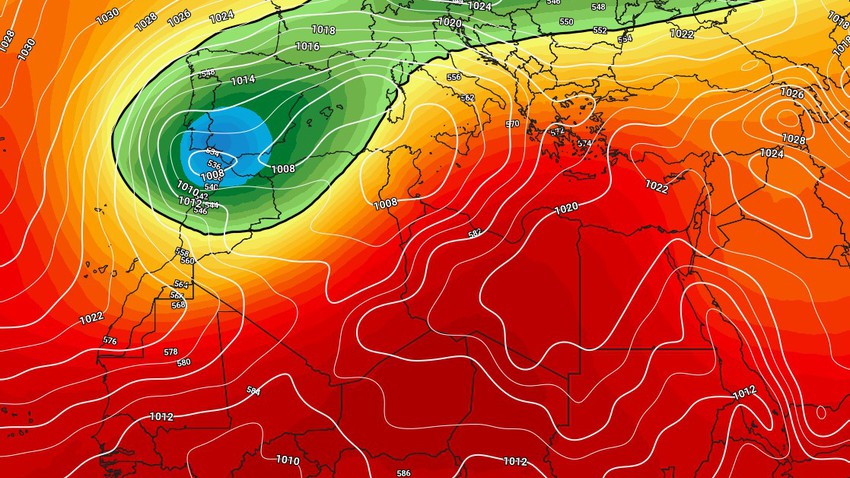 Weather of Arabia - The Kingdom of Morocco is still under the influence of a sequence of Atlantic depressions accompanied by cold air masses originating in the North Atlantic Ocean, where the chances of precipitation remain throughout the western sector of the Kingdom of Morocco until Monday.

The precipitation is heavy snow over the High Atlas Mountains, where it is expected that large amounts of snow will accumulate, impeding public life.

A significant drop in the temperature in northern Algeria on Sunday

Large thermal differences in Tunisia at the beginning of the week

At a time in which the Kingdom of Morocco lives in a very cold climate, the situation in Tunisia is different, as a hot air mass rushed from the African Sahara towards Tunisia and Libya during the weekend, where a hot atmosphere prevails closer to summer.

But the change will be drastic and big, starting from Sunday, as a cold air mass begins to cross the country's airspace, temperatures drop rapidly and dramatically, and rain will fall in the north of the country on Monday.