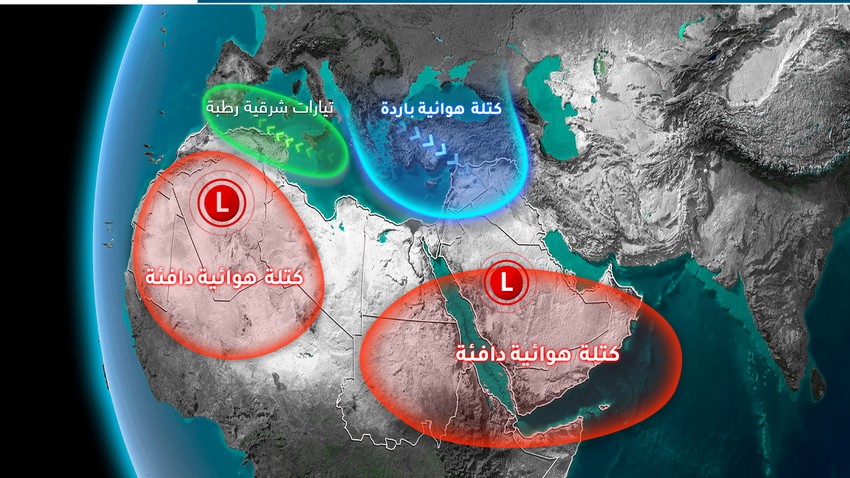 Arab Weather - As we enter the month of March, the atmosphere at the latitudes of the Arab countries begins to gradually take on the spring behavior, as thermal depressions begin to form over the Sahara Desert and the Arabian Peninsula.

The Arab Maghreb ... an air temperature depression and a humid east wind

An atmospheric depression is formed during the middle of the week in the middle of the Algerian desert, with its effect blowing eastern winds from the Mediterranean towards northern Tunisia, Algeria and Morocco, where the opportunity is ready for showers of rain that have the best chance over the coasts and mountains near the coasts from Tuesday until weekend.

Cold air mass over the Levant and Iraq mid and weekend

And stable weather in the rest of the Arab Gulf states.

Egypt | An additional increase in temperatures on Monday, and the weather in general is warm

Ramadan Calendar 2021 in the Emirates