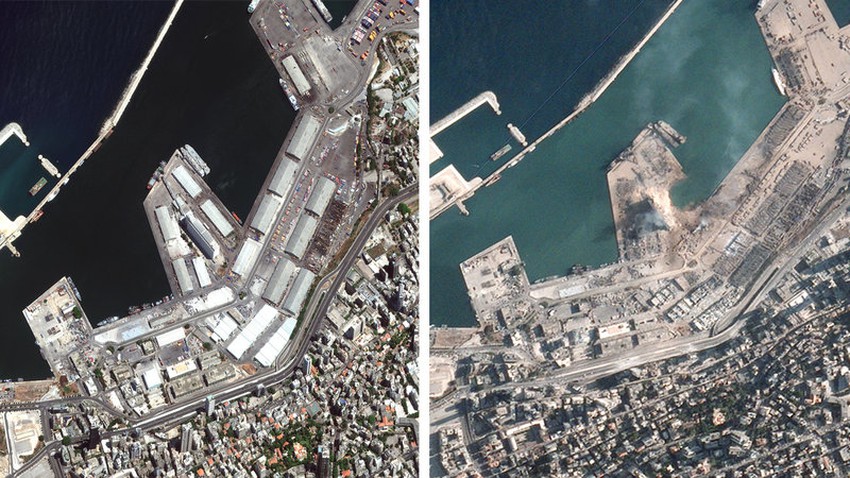 The Beirut explosion and the effects of the damage it caused, as they appeared from outer space ... with videos and photos

Satellite images also show the effects of the explosion at the Beirut port, where a photo taken by the satellite company BlackSky shows severe damage to the port after the explosion.

The blast killed at least 100 people and injured thousands more .

A BlackSky image and an image from Planet Trading Company show a plume of smoke or debris still rising from the site around 8:00 AM local time Wednesday, more than 12 hours after the explosion .

Before and after SkySat imagery shows the impact of yesterday's explosion in Beirut.