The capital Amman beats European capitals with the lowest temperatures 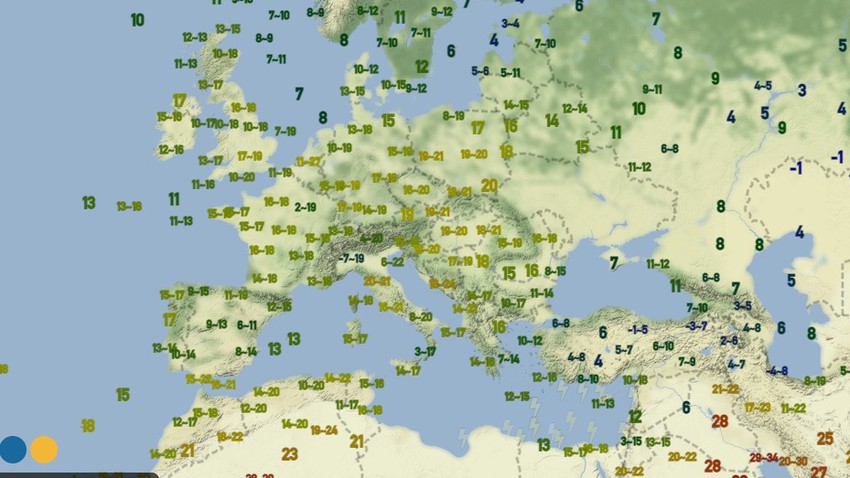 Arab weather - At a time when the European continent is witnessing warm spring temperatures, the capital Amman recorded on Wednesday 23-3-2022 the lowest and coldest temperatures than all European capitals (except for the Finnish capital Helsinki), including Oslo, Stockholm and Moscow.

The highest temperature during the day, Wednesday, in Amman, in the Tla’ Al-Ali region, reached 6 degrees Celsius, and the following map shows the difference in maximum and minimum temperatures between Jordan and the countries of Europe: 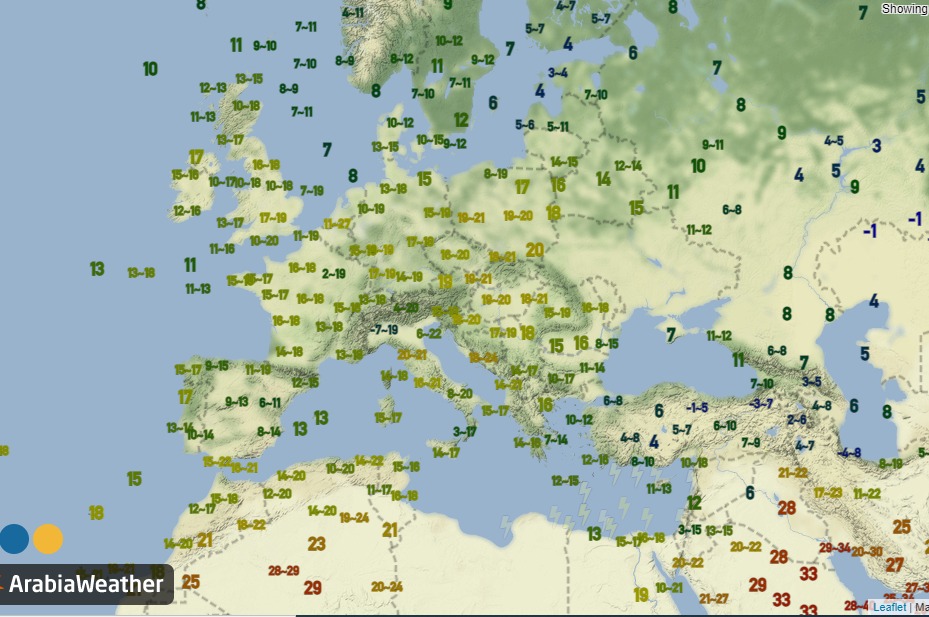