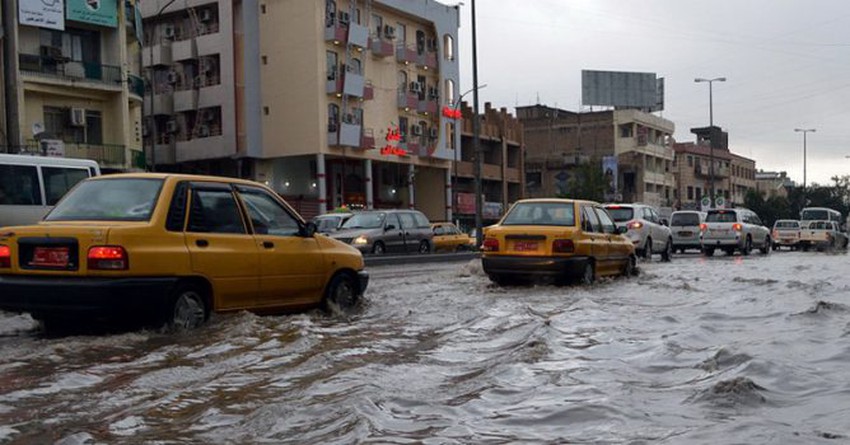 The continuation of the low on Iraq until Sunday ... and alert of the formation of floods and frost

Weather Arabs - is expected to start with the era of hours and on Thursday night , low air impact on parts of northern and western Iraq, gradually intensified to reach its peak on Saturday.

With the hours of Thursday and Friday night, the intensity and extent of rain was widening to the center and east of the country, including the capital Baghdad on Saturday, reaching Baghdad, where heavy rains in some areas could cause floods and floods .

The low peaks on Saturday ... and alert of torrents and floods

With the hours of Friday / Saturday through Sunday, the intensity of rain is increasing in large parts of the Kingdom, especially in central, eastern and southeastern Iraq, so the Arab weather warns of the danger of floods and flooding in these areas.

Possible snow on the heights of the far north of Iraq

Temperatures are expected to drop significantly, with snow on high mountains from the far north of the country, and frost in the west of the country set for early morning and Sunday morning .

Iraq .. Low air and widespread rain over the weekend

The weather warns Arabs of :

Tips that interest you during the formation of fog