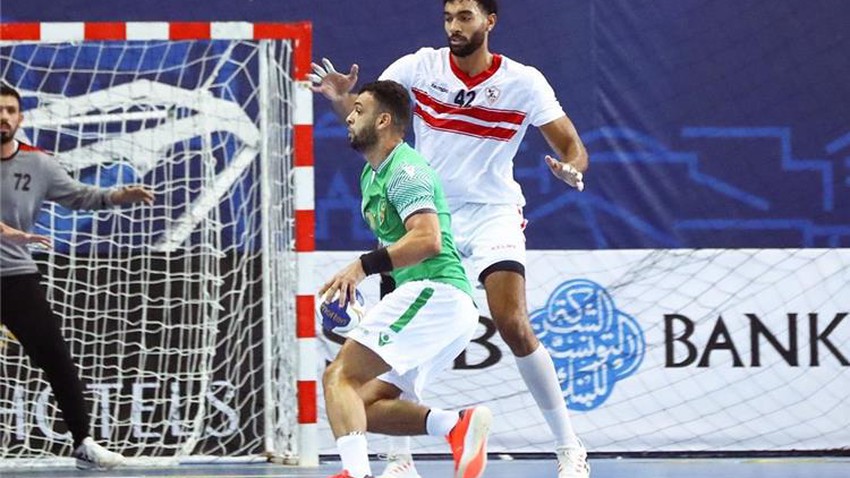 Weather of Arabia - Zamalek and Kuwait Kuwait will face today, Sunday, in the semi-finals of the Arab Handball Championship, and Zamalek had succeeded in ascending to the top of the second group standings, after winning all its matches against Tunisian Esperance, Kuwait Kuwait and Mouloudia Al-Azhar.

Zamalek qualified for the Golden Square directly, due to the withdrawal of its opponent in the quarter-finals, Amal Skikda of Algeria, from the tournament, while Kuwait rose to the top after its success in defeating Sharjah, the UAE.

The date of the match between Zamalek and Kuwait Kuwait today

The match between Zamalek and Kuwait Al-Kuwait begins at half past six in the evening Egypt time, five and a half in Tunisia and seven and a half in Saudi Arabia.

The match between Al-Zamalek and Al-Kuwait Al-Kuwait is broadcast on Al-Wataniya TV, and it is also shown on the official page of the Tunisian Handball Federation.

You can view the dates and results of all matches, moment by moment, from the Match Center from here .