The date of the first 100% total eclipse, as it will be seen from Jordan 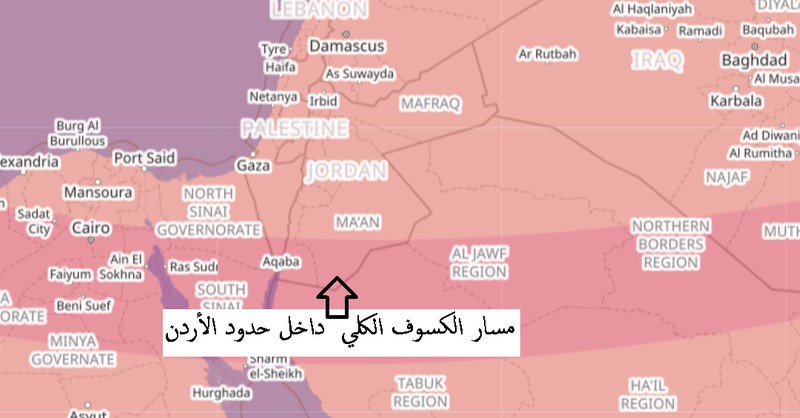 Weather of Arabia - Muadh Shakur - No one in Jordan in contemporary history has ever witnessed a total eclipse in the sky of the Kingdom, but all were partial eclipses, and this is by reference to astronomical records since 1900 until now, and astronomical calculations indicate that the first total eclipse will be in The sky of Jordan, specifically in the south, and it will be in areas such as Aqaba and Wadi Rum completely completely, while in the north direction, it will be a partial eclipse on November 17, 2180, as the sky will be dark at that time and the stars will be seen at noon for a brief period at the height of the total eclipse

In the following image, we see the path of this total eclipse in all regions located in southern Jordan: 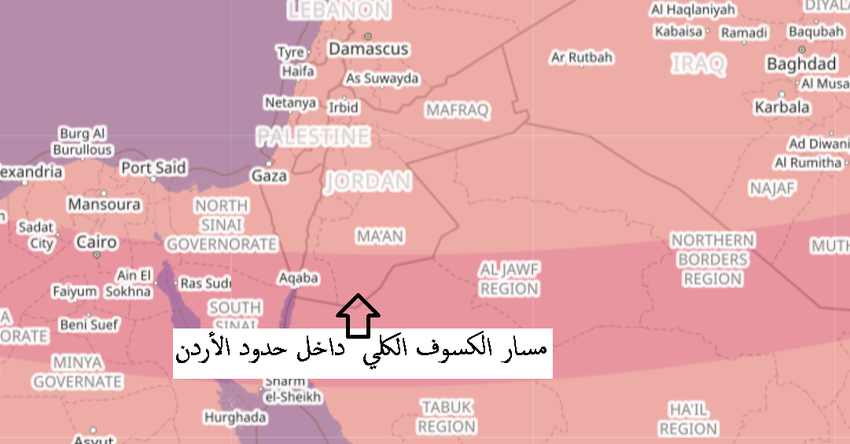 These are the full details of it and its path as a total eclipse shown in blue from NASA: The following are his time calculations for the city of Aqaba and the shape of the eclipse in each stage, as it will appear from there: 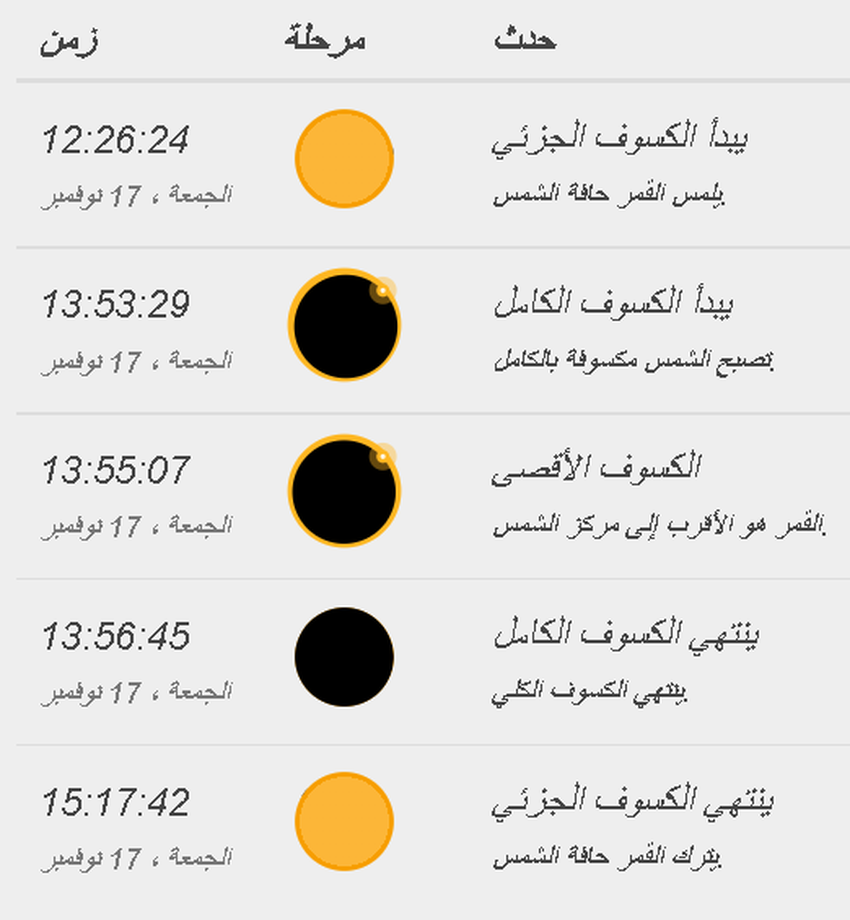 At the peak, the shape of the eclipse will be as in the picture above, and the percentage of the sun’s occultation behind the moon will appear to be 100%. 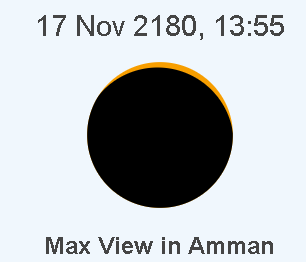 The lowest percentage of the eclipse in the Hashemite Kingdom of Jordan will be in the far north-east, with a percentage of 92.92%.