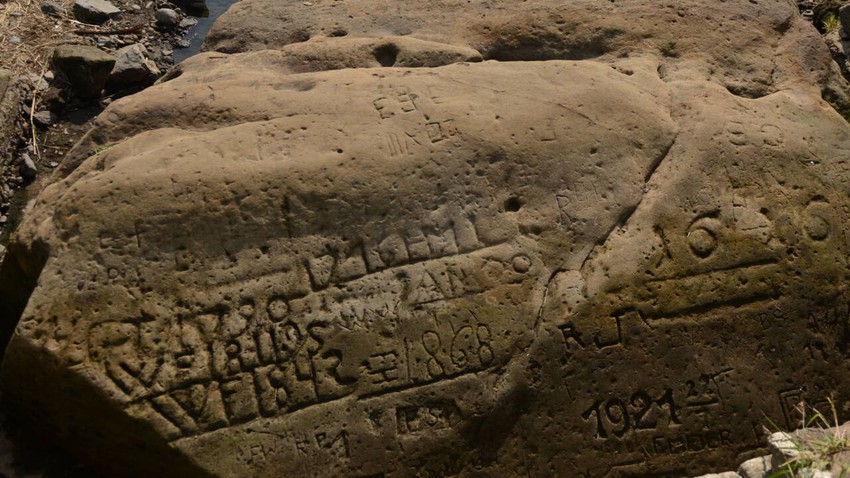 Weather of Arabia - Ancient stones bearing horrific warnings reappeared with the long drought dominating most of the European continent, as drought caused a decline in the level of a number of rivers, revealing a severe warning from our ancestors of periods of misery and misery. 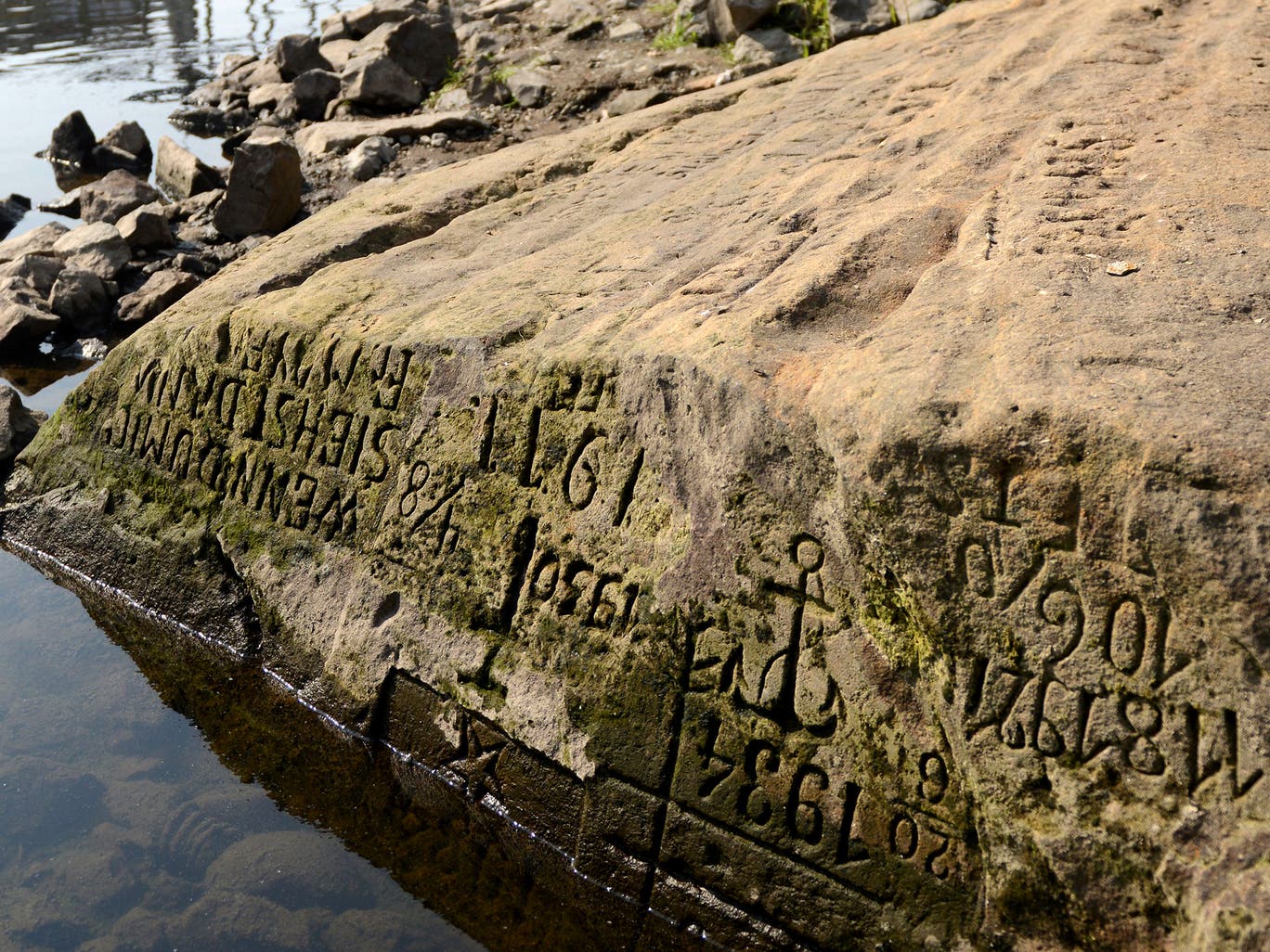 ("Stones of Hunger" on the Elbe River in Dessen, Czech Republic) 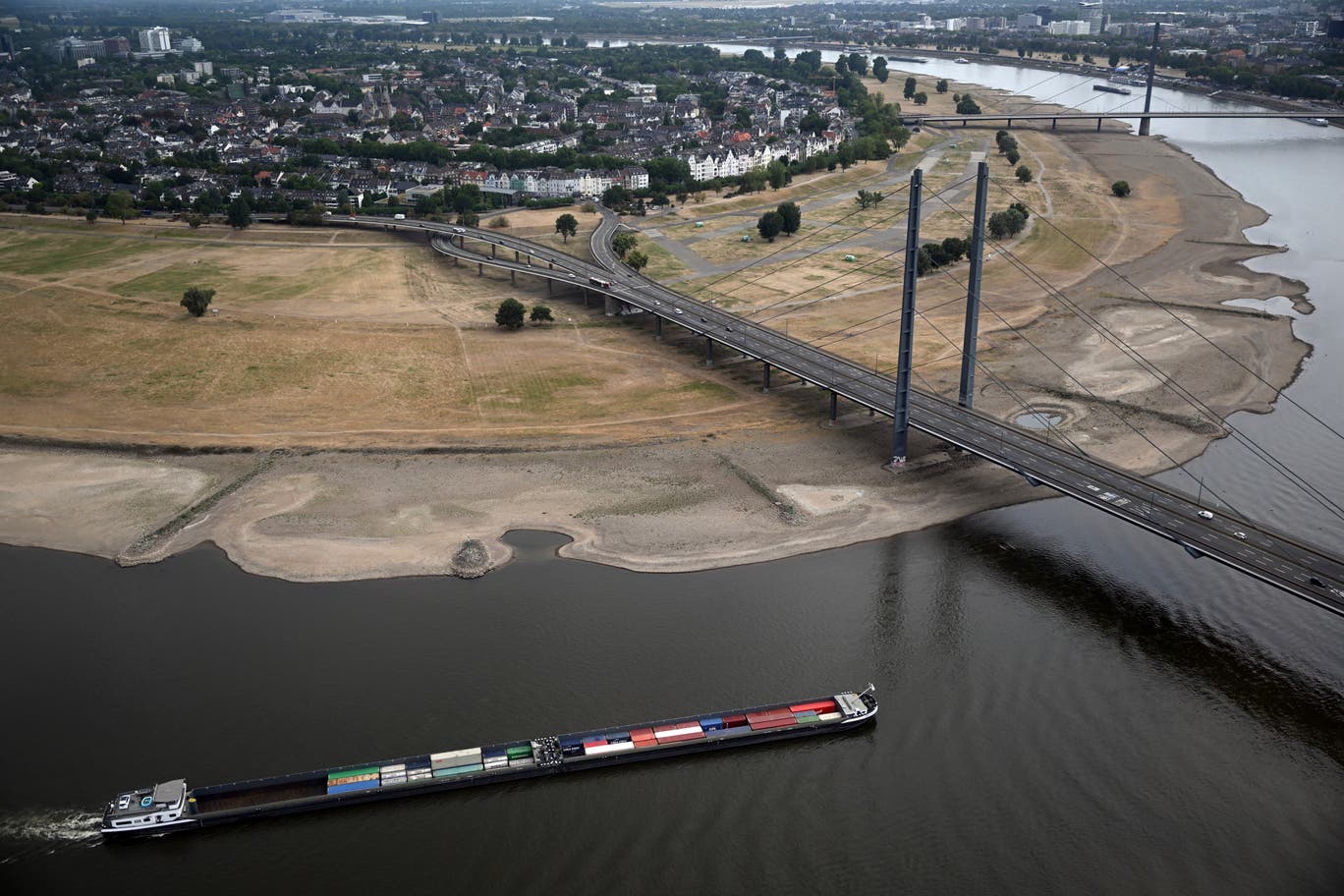 (Cargo ship on the Rhine River in Düsseldorf, Germany after low levels on Monday)

The drought revealed the so-called “hunger stones”, rocks in the course of rivers that can only be seen when water levels are very low, inscribed with messages left by people in previous eras talking about disasters caused by lack of water, in stark reminders of the difficulties they faced. during previous dry periods.

Warning messages carried by the "stones of hunger"

The oldest inscription found in the Elbe river basin dates back to 1616. It is written in German, and the text on the stone says: "If you see me, cry."

This "hunger stone" is particularly notable because it also has dates of severe drought on its surface.

An inscription on one of the other rocks reads: "Life will flourish again once this stone is gone."

Another inscription reads: "The one who saw me once cried. He who sees me now will cry."

A third says: "If you see this stone again, you will cry. That's how the water was shallow in 1417."

The emergence of "stones of hunger" announces poverty

In the past, if rivers reached such low levels, it meant poverty and suffering for many people.

The drought destroyed crops and cut off the waterways through which foodstuffs and supplies of all kinds were transported. Then came the famine, so they were called “stones of hunger.” The word was inspired by an inscription found on one of the stones describing the year 1947. It is the Year of Hunger.

In the past, Central Europe, which includes parts of Austria, the Czech Republic, Germany, Hungary, Poland and Switzerland, relied on the fertile land along the river banks for food production.

The word's inspiration came from an inscription found on a stone that describes 1947 as the "Year of Hunger".

In recent years, drought has become one of the most prominent signs of climate change in Central Europe. 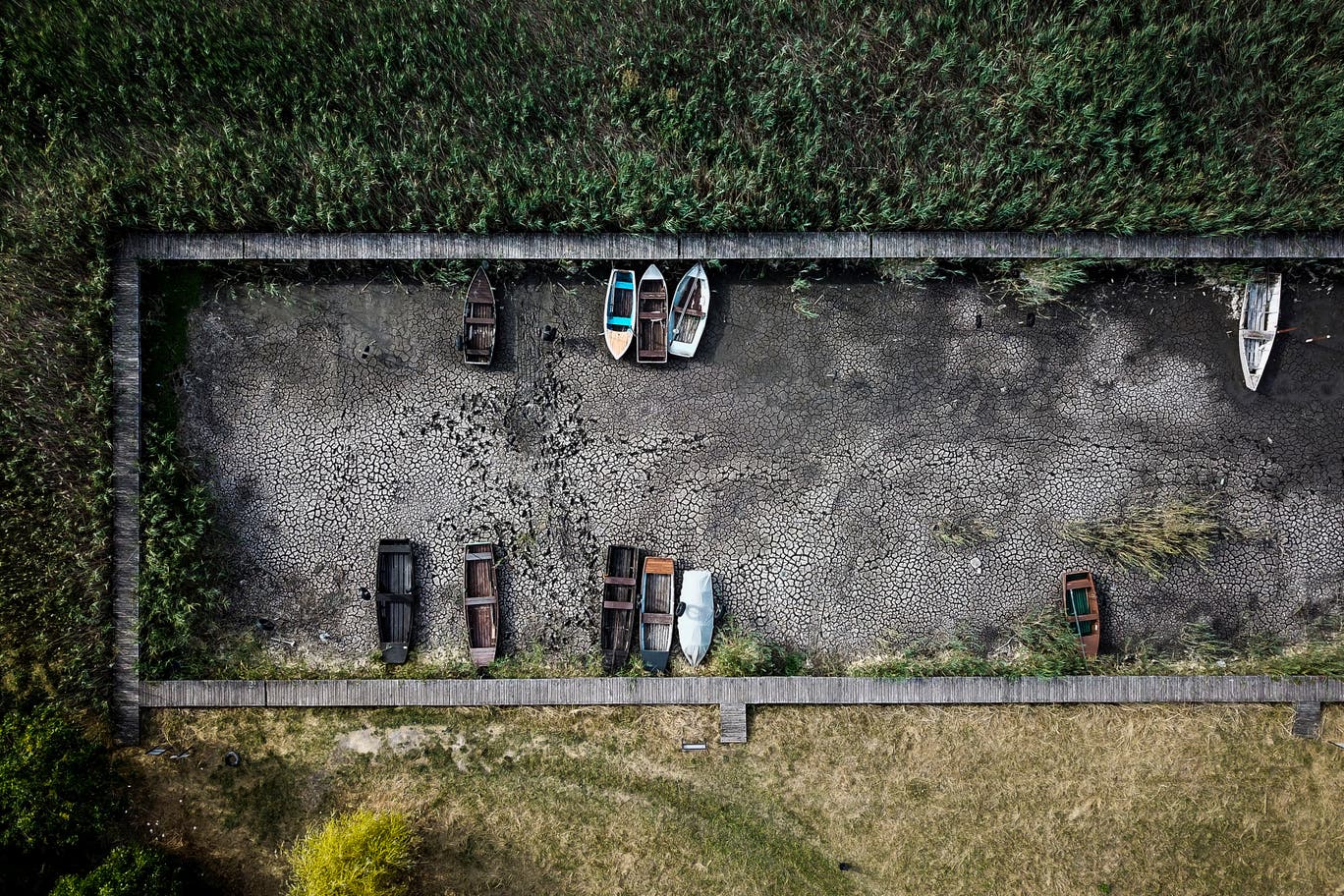 (Boats lying at the bottom of the lake in a harbor in Velence, Hungary, appeared after the lake dried up last week.)

Among the cities in which a large number of these stones were discovered is the city of "Dessen", which is located in the north of the Czech Republic, near the German border, where the Elbe and Blauchnes rivers meet.

As many as 12 of these stones appear on the course of the River Elbe, reminding locals of a difficult period in the past .

One of the "stones of hunger" is on display in a museum in Schönebeck, Germany. This stone was located near the basin of a river port where low levels of water were seen.

Seeing this stone for boats indicated that the water level was too low to allow navigation.

Most of the "hunger stones" are found in the Elbe, although they also appear in other rivers in the region, such as the Rhine, the Mammel and the Weser.

Warnings indicate that drought currently affects more than 60% of European territory, according to the European Drought Observatory. The major rivers of Germany, England and Italy witnessed a decrease in their water level.

However, the low waters of the Italian city of Mantua did not reveal a "hunger stone". But what was discovered downstream of the Po River was an unexploded World War II bomb weighing 450 kg.

More: A World War II bomb appears after the Po River receded in Italy.. Watch how it was disposed of

In recent weeks, countries like France and Spain have had to restrict water consumption, and in parts of both countries, authorities have had to cut water supplies under certain conditions.

On August 7, French authorities announced that the country was facing the worst drought since records began in 1958.

In Germany, the low level of the Rhine River, which flows from the Swiss Alps into the North Sea, has already forced shipping companies to sail with reduced amounts of cargo, according to Reuters news agency.