The fifties of winter in the Levant and the period of Saudization.. Stories from the folklore 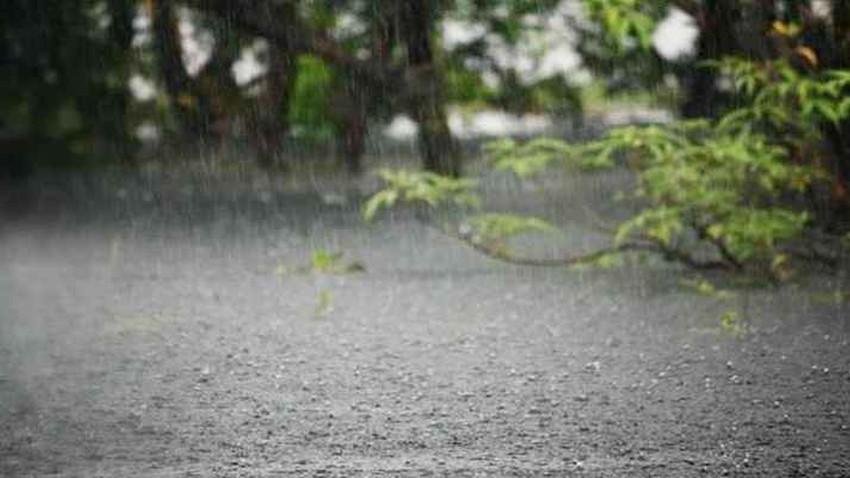 Weather of Arabia - It was said in the square: (Oh, square, oh square), it seems that it was squared this year and came with a rainy season that carries goodness. And the square says: If you do not like my situation, I will send you my cousins (the Saud), and it was said in the proverb: The reputation is for the square and the verb is for February.

According to weather experts, the winter square began on Tuesday, December 21 of the year 2021, which is the first day of winter, and with the passage of forty days, January 30 is considered the first day of the fiftieth year of winter.

According to the popular tradition, the winter square has a fixed date, starting on December 23 and ending on January 31, 2022.

We note that the winter season extends to ninety days.

Today, we are in the second section, ie the Pentecostal period, which is called the Saudization period.

The Khamasiniyyah was famous for the so-called Saudization period, which is divided into four Saudizations, each of which lasts (12.5) twelve and a half days and is as follows for this year:

Let me tell you about the reason for its fame, which is the story of the shepherd Saad:

It is said that a young man named “Saad” was a shepherd and he decided to travel and it was a warm and sunny day in the winter season. However, Saad ignored the advice and did not listen to their words and advice, and he took his she-camel and the sheep, and began his journey of grazing and headed outside his village.

The weather surprised "Saad" in the middle of the road, as the weather became very cold, and heavy rain and snow fell, and the bitter cold intensified, and Saad had no choice but to slaughter his camel, which he owned, to take refuge in its fur and its guts from the severity of the cold.

This period during which Saad slaughtered his she-camel was called "Saad Al-Dabih" and also a metaphor for the severity of the cold, and its days are described as the coldest, and it was said during it (Saad slaughtered, the dog did not bark, the farmers did not succeed, and his shepherd was not released).

And followed by the period of "Saad Al-Saud", when the sun rose during that period after the storm and Saad rejoiced for his survival. And it was said in it: (Sa’d Al-Saud pours water into the lute and warms every cooled one).

As for “Sa’d al-Khabaya”, it is the last period of the fifties of winter, when snakes and other animals that were in the period of hibernation begin to come out of the ground, and girls spit in them due to the wonderful, moderate weather during this period, and it was said in it (Saad al-Khabaya as the life rises and the girls turn sluggish).

According to meteorologists, the spring equinox for this year 2022 falls on March 20, and some countries celebrate this day with the so-called “Newroz Day”, and on this day the length of the day is equal to the length of the night, and also the sunrise begins for the first time in the North Pole after night Its length is 6 months.

Sunset begins for the first time at the South Pole after a 6-month day.

borrowings:
The fiftieth period is interspersed with the so-called “mortgaging days”, which are 7 days, the last 4 days of February, and the first 3 days of March, and it is characterized by extreme cold.
Her story, according to the folklore, belongs to an old woman who had six sheep who went out to graze in one of the valleys during the last days of February, during which the rain did not fall and the weather was warm. February heard her talk and got angry at her words and felt insulted, and he went to his brother in the month of March and asked him for help from the old man and said, "Oh March, my cousin, three of you and four of me, let's let the old man sing in the valley."

It rained heavily during these borrowed days, and the valleys ran smoothly, and the old man's sheep were swept away by the torrent, so the old woman cried sadly, "Oh, torrent.

Finally, I will tell you the stories of the fall of the three Jamarat:

We still remember the stories of the grandparents and the folklore and tell them to the grandchildren, and their stories to this day provide us with wisdom and lessons and tell us about the weather.

ArabiaWeather Company shall not be responsible for any republication. The materials published in the “Arabia Weather Blogs” in the various media, which puts anyone who publishes these blogs in the name of the Arabia Weather or quoting the Arabia Weather under liability and legal accountability.

4 Arab countries will witness a total solar eclipse in 2034