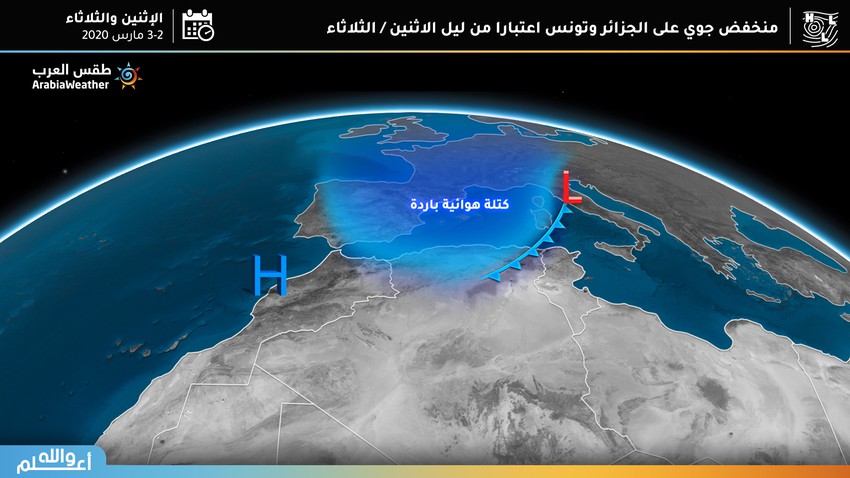 The rains will be heavy and thundery and will be accompanied by hail showers from Monday night / Tuesday with the start of crossing the main cold air front, thus increasing the chances of floods and rising water levels in the roads, including Algiers.

And activates the western and northwest winds throughout the northern regions, working to disturb the sea and also provoking dust and dust in the open areas.

Temperatures drop sharply and appreciably on Tuesday, due to the cold air mass accompanying this low air, and showers of snow fall over the high mountains, central and eastern, which are more than 1,200 meters high.

Ammonium nitrate .. What is the Beirut explosion the first incident in the world because of it?

The Beirut explosion and the effects of the damage it caused, as they appeared from outer space ... with videos and photos

Beirut's huge explosion shows that `mushroom clouds` are not only related to nuclear explosions ... What is the cloud of mushrooms or mushrooms?

The Beirut explosion ... is equivalent to an earthquake of 4.5 magnitude and was felt by the people of Cyprus