The Grand Mufti of the Kingdom: Tuesday 20 July is the first day of Eid al-Adha in Jordan 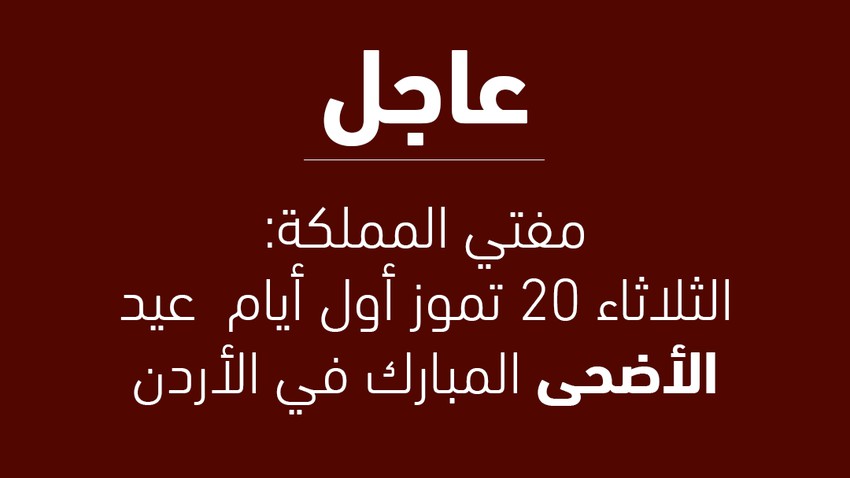 Weather of Arabia - His Eminence, the Grand Mufti of the Hashemite Kingdom of Jordan, Sheikh Abdul Karim al-Khasawneh, announced that Sunday is the first of Dhul-Hijjah, and accordingly, Monday, July 19, will be the day of standing in Arafat, and on Tuesday, July 20, the blessed Eid al-Adha.

His Eminence raised to His Majesty King Abdullah II Ibn Al-Hussein, his faithful Crown Prince, His Highness Prince Al-Hussein bin Abdullah II, the Hashemite family, and the Arab and Islamic nations, the highest congratulations and blessings on the advent of these virtuous days, and the blessed Eid Al-Adha.