The hashtag Al-Khatib, Al-Ahly’s shield and his sword, sweeps Twitter..and the masses: The legend of Egyptian football 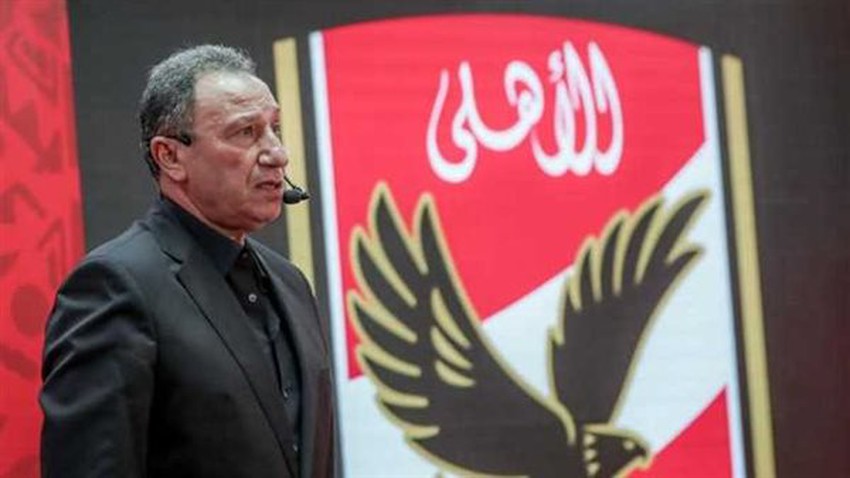 Weather of Arabia - A number of social media pioneers launched the hashtag "Al-Khatib, Al-Ahly's shield and sword", through their personal accounts on the social networking site "Twitter", in order to praise the president of Al-Ahly Club, Mahmoud Al-Khatib, and his achievements with Al-Ahly Club.

The hashtag “Al-Khatib, Al-Ahly’s Shield and His Sword”, was the first on the list of the most frequently traded on the social networking site “Twitter”, and the messages came from Al-Ahly fans to Mahmoud Al-Khatib, as follows:

Yesterday evening, pictures of Al-Ahly's new shirt and the team's logo were leaked, which has been affected by some modifications, including the deletion of the "Century Club" logo, which sparked controversy.. What is the story?

This comes in conjunction with the decision of the Al-Ahly club’s board of directors to change the current club’s logo with a new one during the coming period before the start of the season, as the club has already settled on the expected changes to the current logo.

There has been more than one change in Al-Ahly's brands, including the ninth star of the African Championship, as well as the title of the Century Club under the main brand, and also the most crowned in the continental championships.

The reason for deleting the "Century Club" logo

The Executive Director of Al-Ahly Club, Saad Shalaby, revealed the reason for deleting the “Century Club” logo, saying: We deleted the “Century Club” from the new football team’s shirt due to the sale of the rights to use it exclusively for the previous sponsoring company.

Shalaby added in televised statements to Al-Ahly channel: "The contract with the new clothing company stipulates that the designs for the team's clothing and the brand will be sent 9 months before the new season."

The date of the return of the “Century Club” logo

According to Al-Ahly’s CEO, starting from the 2023-2024 season, the club will return to its official brand, “The Century Club” again.

And Shalaby continued: "Indeed, from today we started writing to the clothing company to choose the team's uniform designs to overcome what happened during the current transitional stage."

The second amendment to the Al-Ahly club's logo is to replace the ten stars with one star in the middle of the logo, without changing the essence of the club's brand, according to Saad Shalaby, Al-Ahly's CEO.

Shalaby explained that the number of Al-Ahly tournaments forces the club to make adjustments to its stars due to its significant increase, for example, Al-Ahly symbolizes 42 league championships with only 4 stars.