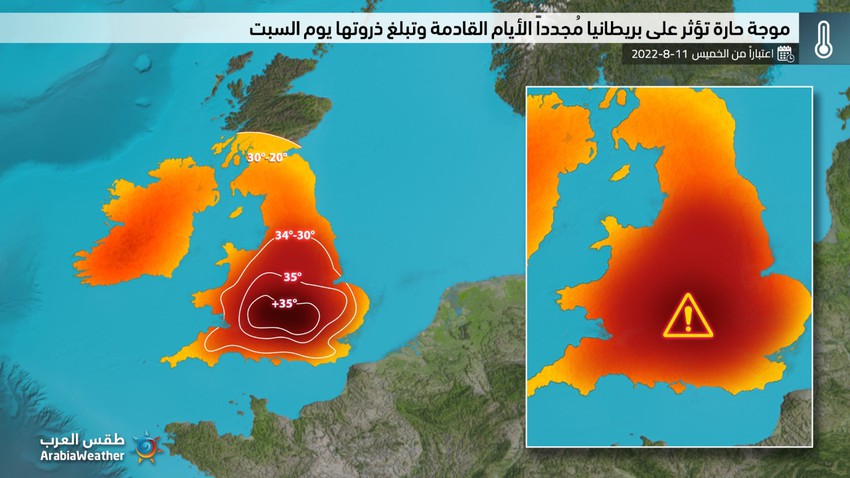 Arab Weather - Weather maps, through the Badr system developed by Arab Weather , show expectations of an intensification of the hot air mass on Saturday and Sunday over the western European continent, bringing Britain to the peak of the impact of this heat wave.

In the details, it is expected that there will be an additional rise in temperatures on Saturday in all regions of Britain, to become 10-15 degrees Celsius higher than their averages for this time of year. To be hot, exhausting and dry weather in the midst of thirtieth temperatures in most areas, especially in the region of England, including the capital, London. It is noteworthy that the British government announced today, Friday, that parts of southern, central and eastern England are experiencing a state of drought after a long period of hot, dry weather. 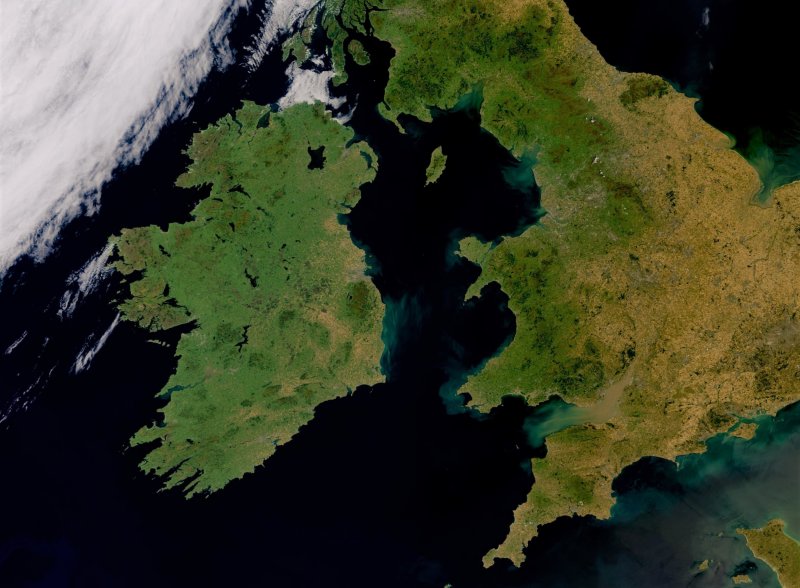 It is expected that the hot mass will penetrate into the depths of the European continent at the beginning of the coming days, causing a heat wave in the western parts of the center of the old continent, to include large parts of Germany, Belgium, the Netherlands, and Switzerland, coinciding with the decline in its impact on the southwestern parts of the continent. The effect of the heat mass will move at the end of the week to eastern Europe.