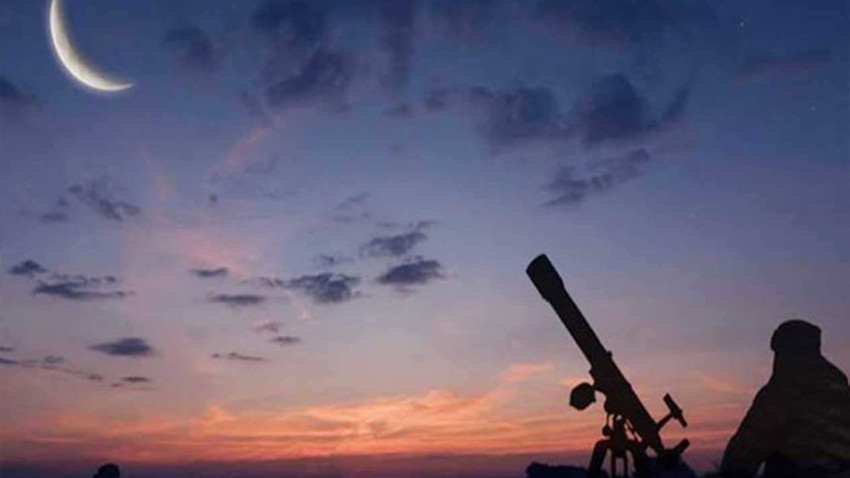 Weather of Arabia - The Jordanian Astronomical Society issued a statement on the results of observing and investigating the crescent of the holy month of Ramadan, in which it confirmed that the crescent of Ramadan was not seen with the naked eye or with the telescopes available in the three regions of Jordan.

The association said in the statement that it had distributed monitoring teams to investigate the crescent of Ramadan in the regions of Amman, Jerash, Madaba, Irbid, Wadi Ram and Petra.

She pointed out that the weather conditions were taken into consideration, according to the Meteorological Department's report, which was in line with the astronomical mathematical data and the criteria for observing all new moons.

And she indicated, that the moon was 9 hours and 24 minutes old, 3 degrees high, and stayed for only 16 minutes, which prevented the sighting of the crescent by any means, whether in Jordan or most regions of the Islamic world. 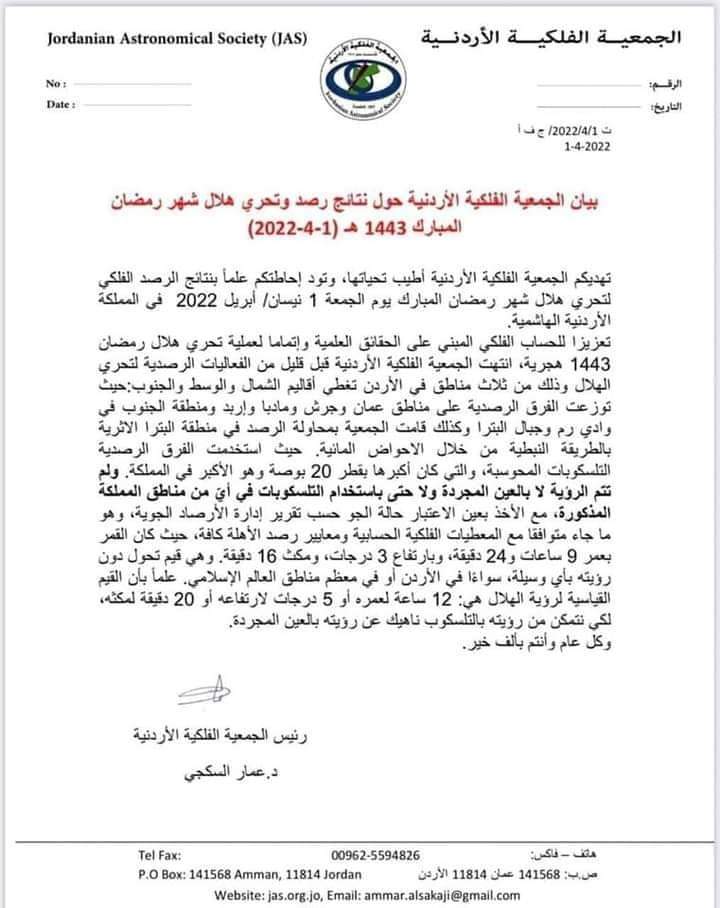