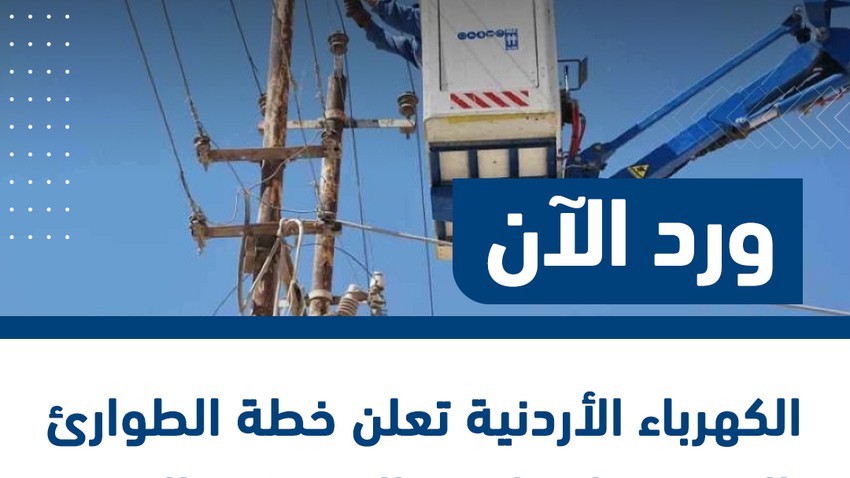 Weather of Arabia - The Jordanian Electricity Company announced the implementation of the maximum emergency plan, starting from noon tomorrow, Wednesday, to confront the conditions accompanying the air depression that will affect the Kingdom

The company confirmed that its engineering and technical cadres, equipped with modern mechanisms, will join the operating rooms scattered in the capital Amman, Zarqa, Madaba and Salt to work around the clock in order to address any malfunctions or damages that may be caused to the electrical network as a result of the weather conditions to maintain the electricity supply to the subscribers’ properties. The company called on subscribers to report by phone any malfunctions or observations through its call centers on the following numbers: Amman (06-4696000), Zarqa (05-3758000), Madaba (05-3294141), Salt (05-3493030).

The company also called on the subscribers to adhere to the procedures and general safety guidelines issued by the competent official authorities, to ensure the safe use of electric heating devices, to inspect the submersible pumps in the basements to get rid of rain water, and to seek to rationalize consumption as possible to avoid high electrical loads.