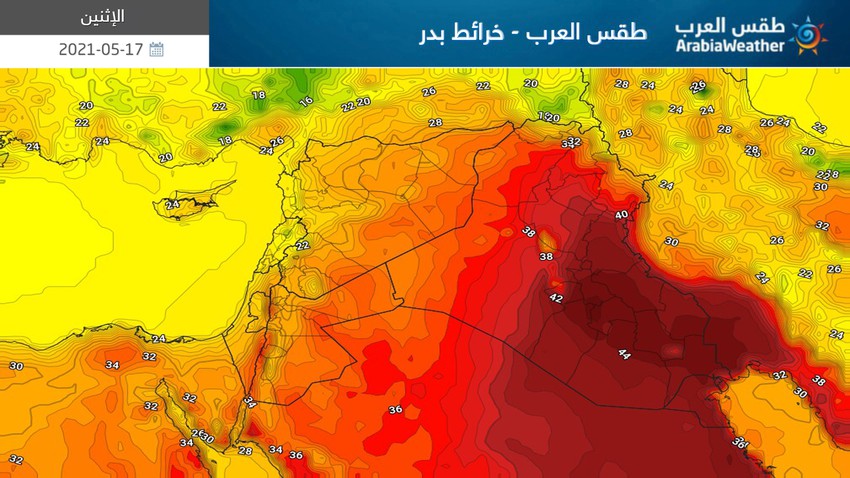 Arab weather - there is a slight decrease in temperatures in most regions, while they remain around slightly below their rates for such time of the year, and the weather is often sunny and spring warm, while it tends to heat slightly during the afternoon and afternoon hours in most regions, while it is hot Relatively speaking, in the Jordan Valley and low-lying areas.

Some clouds continue to appear at medium and high altitudes, and the winds will be southwesterly to northwesterly moderate, and are active in the afternoon and work to raise dust in the Syrian and Jordanian desert.

Weather forecast in the Levant on Monday night

The weather is generally nice and humid, tends to cool with the late evening hours, with the appearance of some low clouds, while the winds are northwesterly light to moderate speed.