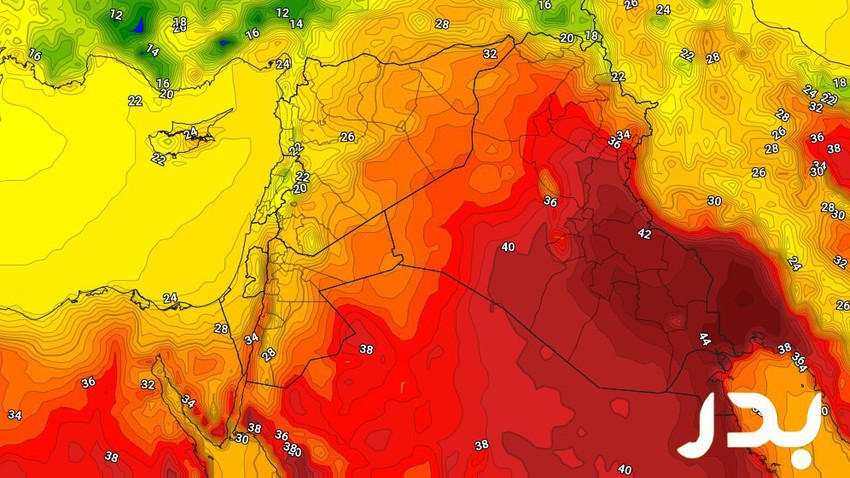 Arab Weather - The latest air updates addressed indicate that the whole region of the Levant continues to be affected by the extension of moderate air masses during the current week, which means the prevalence of a normal summer atmosphere without any expectations of heat waves on the region, with temperatures that are less than their normal rates for such a time of The year.

An additional drop in the heat Wednesday

The eastern Mediterranean basin, including the Levant, is affected by the extension of a moderate air mass as a result of the control of an air height in the north of the African continent, which means an additional decrease in the temperatures on Wednesday, to become below their general rates for such time of the year, and moderate summer weather prevails in the mountains while it is hot Relatively speaking, in low-lying and desert areas.

The moderate and sometimes active westerly winds continue to blow during the afternoon and afternoon hours in all regions, and work to raise dust and dust in the eastern regions. 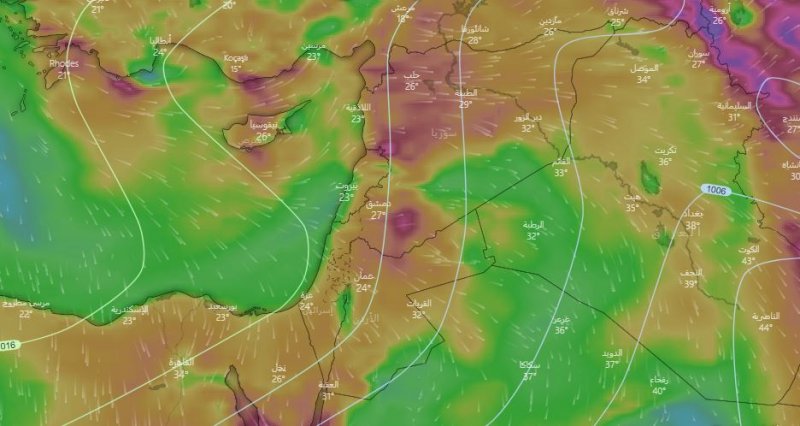 During the night hours, the weather is nice and humid in general, while it tends to be cold during the late night, especially in the mountainous areas and the plains, and the humidity is high and low clouds appear and light fog forms in the western interior regions of Syria and Palestine.

When moving to talk about the atmosphere during the coming days, it is expected that the Levant region will continue to be affected by a normal summer atmosphere in general, interspersed with some fluctuations in temperatures on some days, as it rises and decreases in other times while remaining close to its levels, due to the continuing conflict between the warmer air Coming from the south, with air masses pushing across eastern Europe and Turkey towards the region. 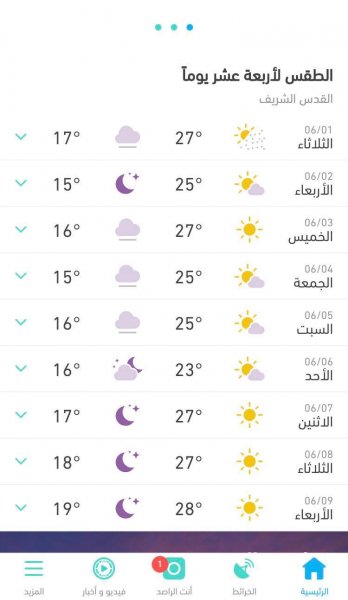 If you are browsing from the phone, you can download the new Arab Weather application that provides accurate weather forecasts for thousands of regions in the Levant, in addition to the notifications, urgent news and many special services. Press here

Weather conditions and expected temperatures in the capitals of the Levant on Wednesday 2-06-2021: