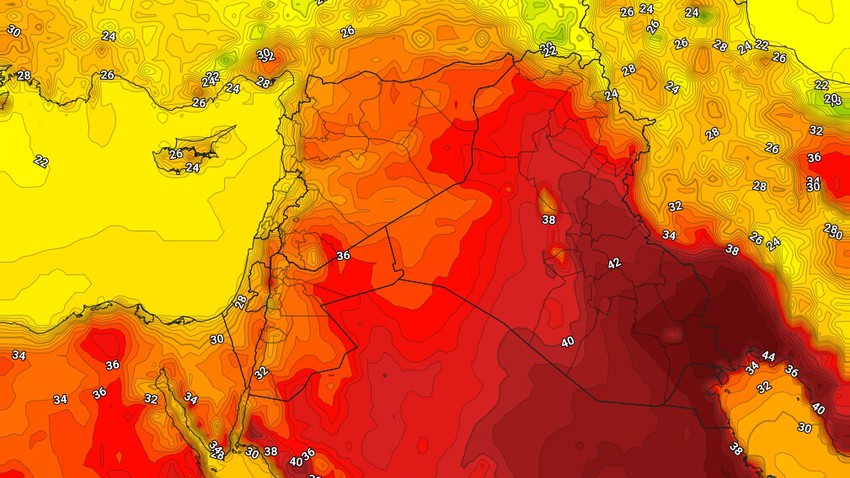 Weather of Arabia - A relatively hot air mass rushes across the whole of the Levant region, starting from Wednesday, from the desert of the Arabian Peninsula, where temperatures exceed their usual rates for this time of the year.

Relatively hot to hot weather throughout

The Levant is affected by a relatively hot air mass on Wednesday, and the weather is relatively hot and often clear in general in various regions, and the temperatures are at the beginning of the thirties during the day in the mountains, while they are more moderate in the coastal areas during the day, and the mass is considered dry by scientific standards due to the nature of its source. The winds are westerly to northwesterly moderate, and are active in the afternoon and work to raise dust in the Jordanian and Syrian Badia regions.

Weather forecast in the Levant on Wednesday night

The weather is generally gentle and humid, with the appearance of some low clouds and fog in some inland areas adjacent to the Mediterranean Sea. It may extend to some coastal areas, especially the capital, Beirut, while the winds will be northwesterly light to moderate speed.

A sea suitable for all marine activities

The waves are light to medium wave height (30-60 cm) in the Mediterranean Sea, which may lead to the regularity of all marine activities.