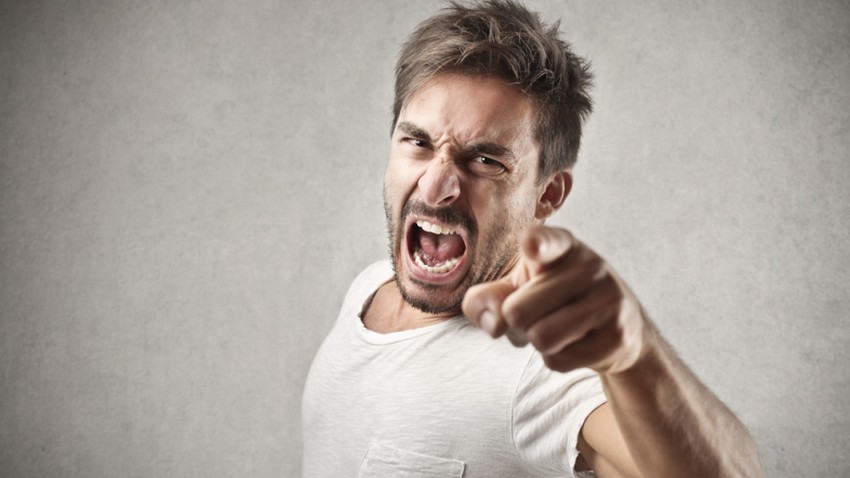 Weather of Arabia - Lebanon ranked first in the negative feelings survey in the Angry Peoples Index for the year 2022 issued by the global research company " Gallup ", which ranks the most angry countries in the world in a list of more than 100 countries, followed by Turkey in second place, and then Armenia ranked third, Iraq came fourth, and Jordan ranked sixth. 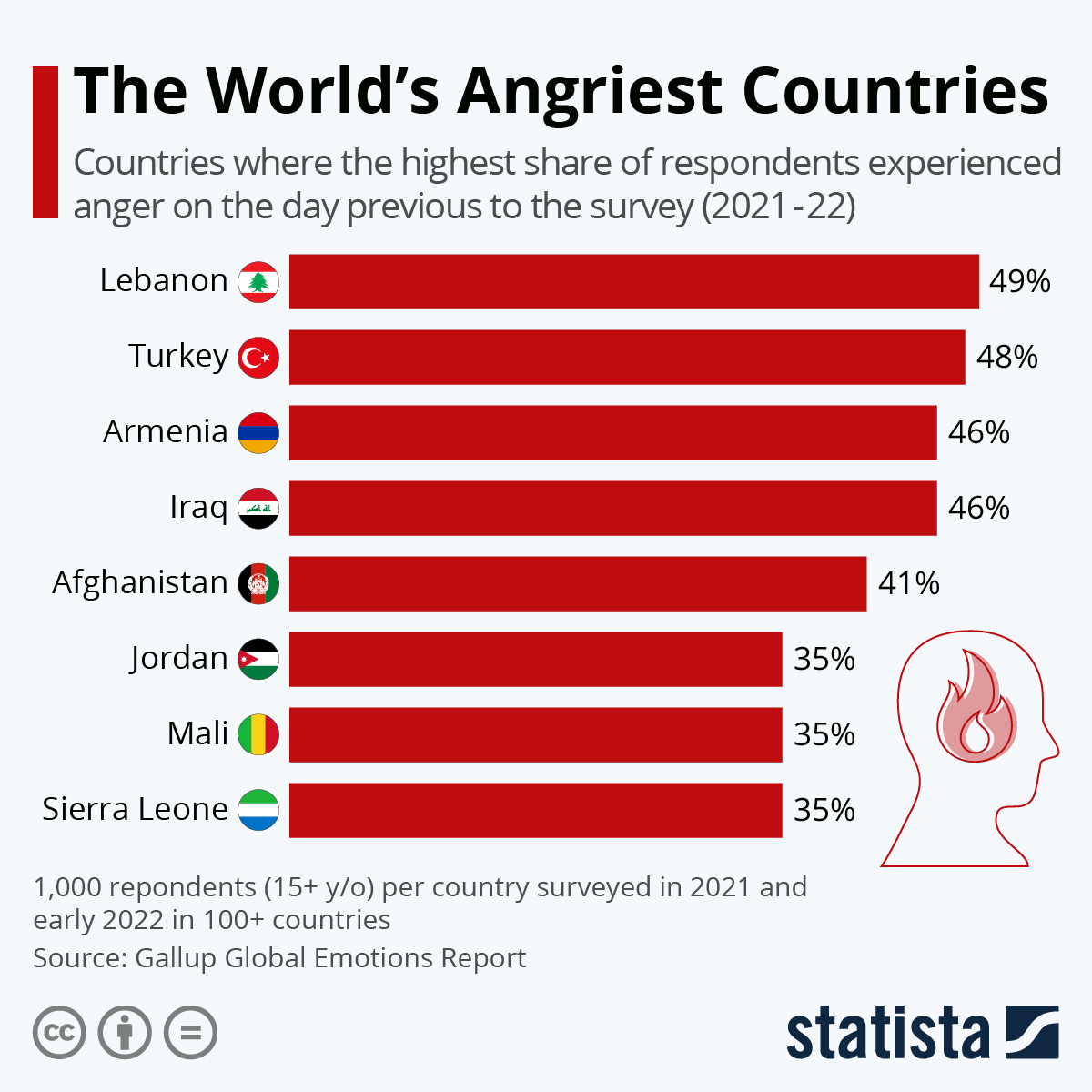 You will find more infographics at Statista

In its report covering the second half of 2021 and the beginning of 2022, Gallup found that 49% of people in Lebanon experienced anger the day before the poll, the highest recorded anywhere in the world.

The study conducted by the global research company Gallup is based on five basic principles: stress, sadness, anger, anxiety and psychological pain.

As for the results of the search for positive emotions, El Salvador ranked first with 82 points.

Lebanon and Iraq retain their positions in the list of the most angry people in the world for the second year; In its study conducted last year, the report revealed that Iraq came at the forefront of the people who felt the most sadness and tension; While Lebanon ranked third in the results of last year.

The report said that the Lebanese people's sense of anxiety, anger, sadness, tension and psychological pain increased between 2018-2020 by a greater percentage than all other countries, with an increase of 18 points out of 100. This comes in light of the difficult conditions the Lebanese people are going through, as the national currency lost more than 95 % of its value, and the unemployment rate rose to more than 38%, while the inflation index recorded 250% during a period of two years. The reasons for this feeling among Iraqis are due to the political and economic crises in the country, the spread of assassinations, in addition to poverty.

Watch the video: An Iraqi sends his drone to explore a deserted island in New Zealand... and this is what he found