The memory of the Amman flood, which killed 4 people and besieged hundreds 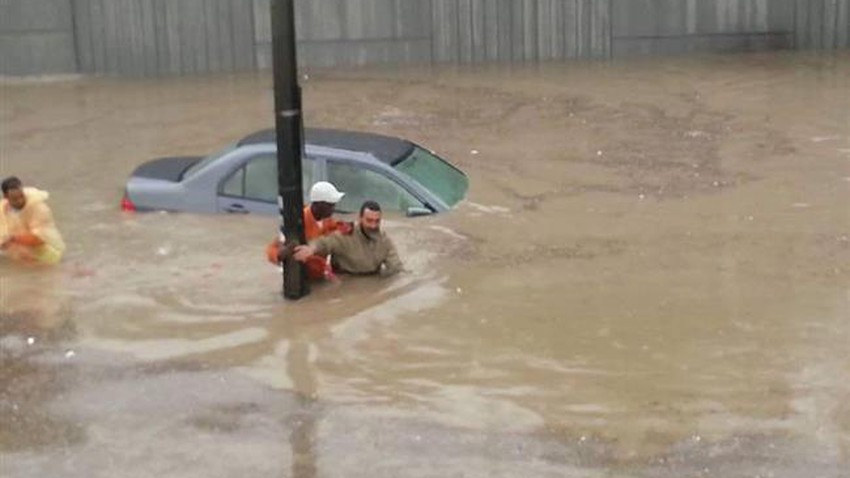 Arab Weather - On November 5, 2015, the Kingdom was affected by a state of atmospheric instability; It caused heavy to very heavy rain in parts of Amman and Balqa governorates, which caused torrential torrents to form and the water level to rise in the roads, where the water level in the streets reached more than a meter.

The reason for the weather situation that affected the Kingdom

This state of atmospheric instability was formed as a result of the approach of a cold air mass to the eastern Mediterranean, in conjunction with the blowing of warm and humid eastern winds. These weather factors led to a large condensation of thunderstorms over large areas of the Kingdom, including the capital, Amman.

The floods in the capital destroyed a number of homes, which prompted the Ministry of Social Development to transfer more than 20 families from their homes in Amman to associations affiliated with the ministry. This situation resulted in the death of four people, including two children, and the trapping of hundreds of others.

One of the deaths - may God have mercy on them - was a citizen in his twenties who died by drowning after water stormed his house in Al-Hussein camp, east of the capital, Amman. Amman, as a result of an electric shock as a result of the storming of the building in which he works.

In addition, 750 people who were trapped by the water were evacuated, and water was pumped from 350 homes and shops, in addition to dealing with 740 besieged vehicles.

During the autumn season, the Kingdom is affected by many instability that may result in the formation of torrential rains in some areas. To ensure safety, the basic procedures to be followed to prevent flood risks must be followed: