The `minimum heat` in Iraqi cities during the past nights ... was registered as the greatest in Jordanian cities 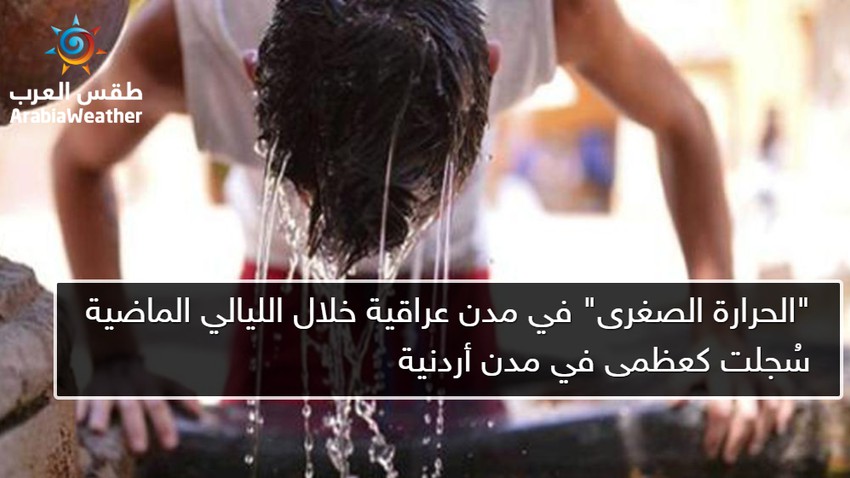