The morning winds reach their peak on Friday ... and dust is expected from Jeddah to the coast of Tabuk 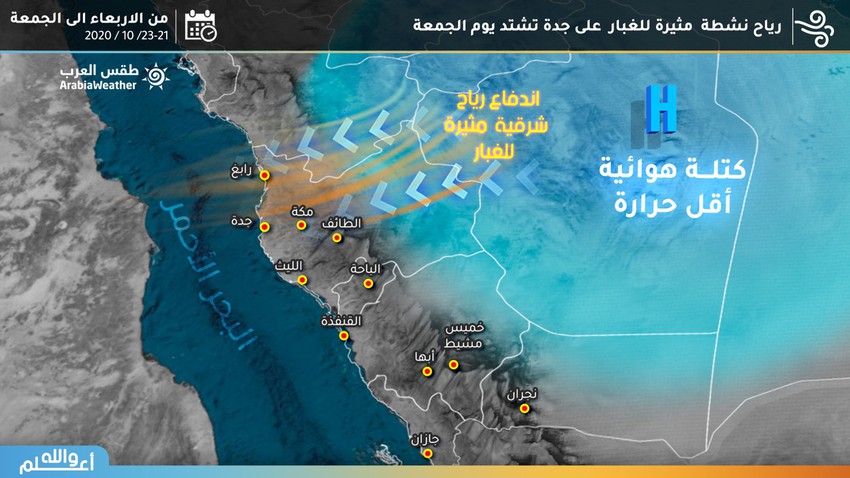 Arab Weather - Sinan Khalaf - again, the winds of Saba are active to return to the front of the weather events in the Kingdom of Saudi Arabia, and as usual, they will affect separate parts of Jeddah, Yanbu, Rabigh and Umluj, even to the southern parts of Al Wajh governorate in the Tabuk region .

The activity of these winds will cause dirt and dust of varying intensity in some areas, which will significantly reduce the horizontal visibility , especially on the external roads in the mentioned areas.

This atmosphere requires respiratory and eye patients to follow the necessary preventive measures to deal with such weather conditions to avoid complications, God forbid. It also requires drivers to be careful and alert while driving due to the expected decrease in the range of horizontal vision.