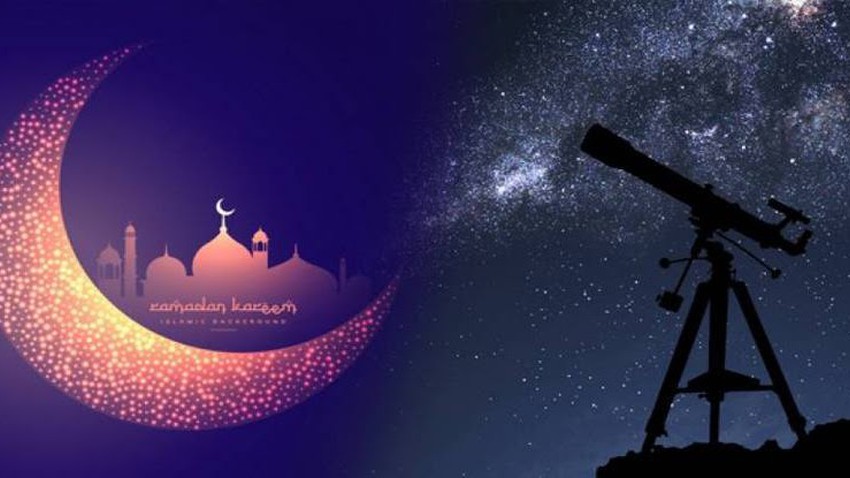 Arab Weather - Association of the Moroccan Initiative for Science and Thought

Astronomically, according to the scientific study of the Moroccan Initiative for Science and Thought, the blessed light of Ramadan 1442 AH will be on Wednesday April 14, 2021.

Looking at the results of accurate astronomical calculations to see the crescent moon of Ramadan on the evening of Monday, Shaban 29, 1442 AH, corresponding to April 12, 2021, the vision is excluded due to the lack of all controls, as the meeting of the sun and moon or conjunction will take place on Monday, April 12 at 02:32, which is a global meeting and moment .

At sunset on Monday, the controls are in Figuig, which is the first city in which the sun rises and sets in Morocco, according to the following: Staying 27 minutes, the height is 5.74 degrees, and the elongation is 8.07 degrees .

As for the controls in Dakhla, which is the last city in which the sun rises and sets, in Morocco, according to the following: Staying for 29 minutes, the height is 6.66 degrees, and the elongation is 8.42 degrees .

Consequently, the vision will be negative. The official announcement of the Ministry of Endowments and Islamic Affairs will be broadcast at 19:56 local time.

It is worth noting that many countries are expected to fast with Morocco this year: the Sultanate of Oman according to the Omani calendar, Sudan, and Algeria according to the calendar of the Ministry of Religious Affairs and Endowments, Pakistan, Australia, Malaysia, the Sultanate of Brunei and South Africa, and the countries and committees that adopt vision with the naked eye, according to a study conducted by The association, so the error rate in Morocco at the beginning of Ramadan since 1973 AD / 1392 AH until now according to Odeh criterion is 0%.