The Moroccan Initiative for Science and Thought: `The Prophet's Birthday` will be held on October 29th by consensus 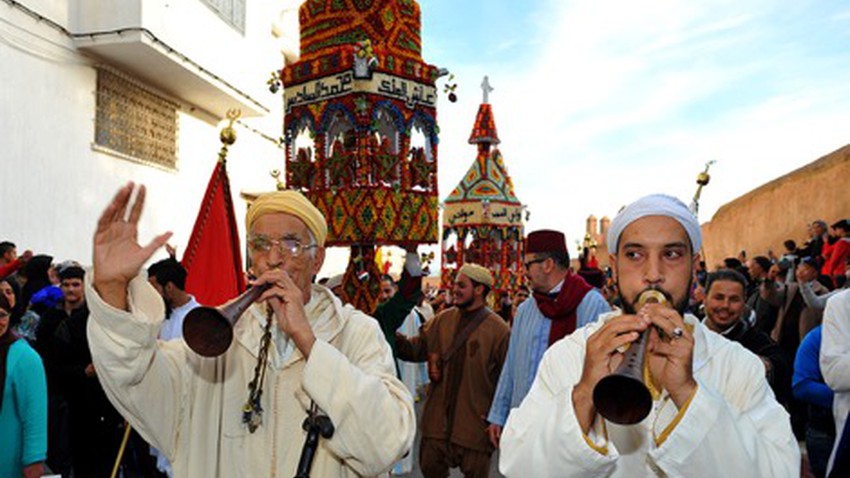 The scientific accounts of the Moroccan Initiative for Science and Thought concluded that the 1st of Rabi` al-Awwal in Morocco will coincide on Sunday, October 18th, and thus the Noble Birth Day will take place on Thursday, October 29, corresponding to Rabi` al-Awwal 12, 1442 AH.

According to the results of the calculation of the sighting of the month of Rabi` al-Awwal, which resulted in the vision being clear due to the availability of all controls, as the central conjunction will take place, God willing, on Friday October 16, 2020 at 19:30 UTC.

The screening process for Hilal Rabi` al-Awwal in Morocco will be on Saturday evening, October 17, and thus the lifespan of the crescent will exceed 22 hours, as for the crescent remaining 48 minutes, its elongation is 13.35 ° and its height is 8.24 °, which are sufficient controls to see it with the naked eye.

The Moroccan Initiative for Science and Thought Association expects that most countries and committees in the Arab and Islamic world will announce Fatih Rabi 'al-Awwal 1442 AH on Sunday October 18th, according to the Umm al-Qura calendar in the Kingdom of Saudi Arabia, the Turkish Ministry of Religious Affairs, the Omani calendar adopted in the Sultanate of Oman, and the Ministry of Affairs calendar Religious and endowments in the Algerian Republic, the Hijri calendar in the United Arab Emirates, and the calendar of the National Institute for Astronomical and Geophysical Research in the Egyptian Republic.

What would happen if the Earth stopped rotating? Can it really stop?