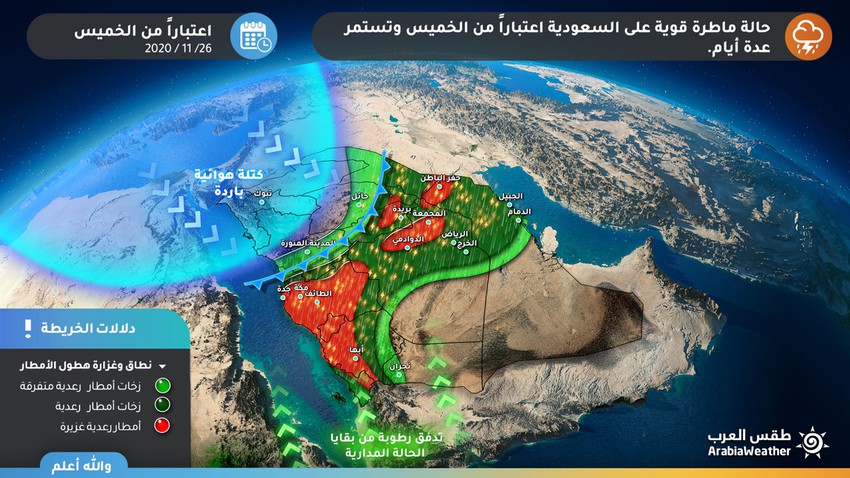 Arab Weather - The rainy situation that is expected to affect many Saudi regions at the end of the week is still being monitored by the weather forecast staff in Arab weather, and so far, according to the latest weather updates, the rainy situation is still strong and includes large areas of the Kingdom and important cities such as the capital Riyadh and the city of Jeddah.

The arrival of the humidity of Hurricane Jati, which struck Somalia and the Gulf of Aden during the past few days, to the west and south of the Arabian Peninsula, coincides with the eruption of a cold mass coming from the eastern Mediterranean and Egypt. The convergence of these air elements will create a strong state of air instability, starting on Thursday, covering all coasts Central and southern Red Sea, the western, central and eastern regions and parts of the northeastern region.

The expected situation is classified as one of the strongest, especially as it will be accompanied by heavy and abundant rain showers in some areas, especially in the western and central sector of the Kingdom, which increases the likelihood of torrents and high water levels in the streets.