The most deadly heat waves in history.. one of them killed 70,000 people in Europe 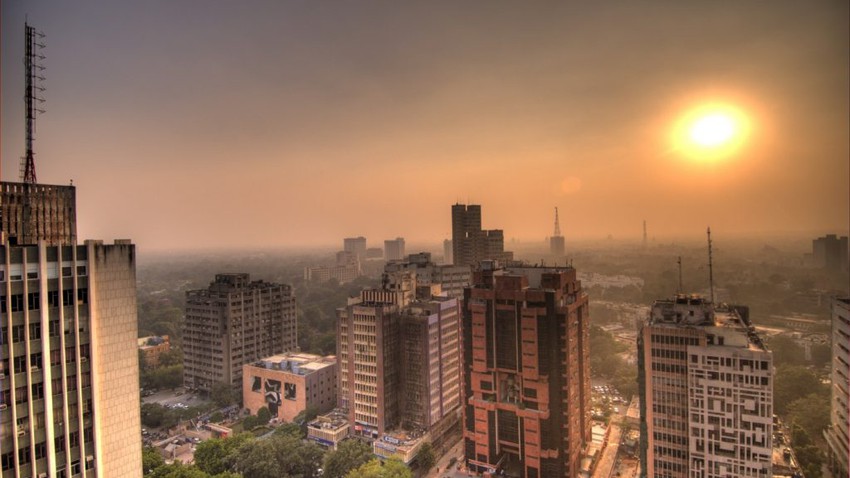 Weather of Arabia - In recent years, the world has witnessed record temperatures and the highest in human history, however, historically, there have always been heat waves around the world characterized by unusually high temperatures, which led to deaths and material losses.

Heat waves pose a real danger in some regions of the world and may claim thousands of lives, and people often die during heat waves due to drought or succumb to heat-related diseases such as heat stroke, and with the risk of these disasters increasing, it is important to look at the worst heat waves throughout history to learn how to protect We are at risk of rising temperatures, with heat waves expected to become more frequent and extreme in the coming years in some parts of the world.

Here is a list of the deadliest heat waves in history:

The summer of 2003 was the hottest in Europe since 1540, that is, nearly 500 years ago, the high heat killed tens of thousands in several European countries, the highest death toll was recorded in France, where it is estimated that the death toll reached about 14000.

The temperatures in the day were harsh and rarely dropped even at night, and the stagnation of air caused the accumulation of pollutants and toxins in the atmosphere, which was considered one of the biggest causes of death during the heat wave, and heat stroke and dehydration were among the deadly factors, especially for the elderly, as the heat wave cost the European continent. Material losses estimated at billions due to damage to agricultural crops and other damages.

In 2010, Russia experienced its hottest heat wave in more than a century. Temperatures exceed 37 degrees Celsius during the summer, which is extremely rare in Russia. The heat wave has caused chaos in the country, including destroying a large amount of agricultural stocks, and igniting forest fires whose smoke inhalation has raised the death toll, and scientists predict that with global temperatures rising, Nordic countries such as Russia will be more at risk. Heat waves and wildfires, however, studies suggest that the 2010 heat wave itself was likely due to natural variability rather than human-caused climate change.

Before the famous "Dust Bowl" dust storm in the 1930s, this heat wave was considered the deadliest in US history. The entire eastern half of the country stretching from St. Louis to New York City was affected by the heat wave, and temperatures in New York were so high that the city’s horses collapsed and died in huge numbers and 250 horses were killed in a few days, and nearly 10,000 people lost their lives in the wake of the heatwave that continued two months.

In 1936, a heat wave swept North America after the region experienced one of the coldest winters recorded in the region's history, and after years of drought and continuous dust storms, when temperatures rose to their highest levels ever in 12 states, exceeding 49 degrees Celsius. in some areas. According to the Washington Post .

The impact of this strong wave also reached the Canadian provinces of Ontario and Manitoba, which also experienced a significant rise in temperatures that summer.

With the rise in temperatures, the rates of injuries and deaths began to rise terrifyingly. For example, in New York City, 75 tailors collectively and in one factory fainted from high temperatures.

In Detroit, doctors and nurses collapsed while treating patients due to heat and exhaustion, and mortuaries were filled with corpses.
By the end of the summer, more than 5,000 US citizens and 1,100 Canadians had died of heat-related causes or drowning while trying to cool themselves in rivers and lakes. Parts of the southern and midwestern United States were exposed to extremely high temperatures during the summer of 1980. This massive heat wave was one of the longest on record, and some estimates put the death toll at 10,000, including indirect deaths.

During that heat wave, temperatures did not drop below 32 degrees Celsius for several consecutive months in most parts of the country, and damages were recorded about 20 billion dollars in the agricultural sector, including agricultural crops affected by drought, and the death of livestock, and the heat wave ended with the arrival of Hurricane Allen.

Due to the delayed monsoon season in India, the country was hit by a severe heat wave that left thousands dead. Temperatures rose to the point where the streets of Delhi began to melt, affecting transportation. Indian health authorities urged residents to take extreme precautions during the wave, and asked citizens to provide refreshments, wear light clothing and carry umbrellas to protect from sunburn. The heat wave finally ended with the start of the monsoon season.

7- Heat wave during Ramadan in Pakistan in 2015

A severe heat wave swept most of Pakistan at the height of Ramadan, where Muslims are fasting from eating and drinking during daylight hours, and the city of Karachi was particularly affected, as most of the dead were from there and the surrounding areas. The situation became so dire that the clergy would let the fasting people break their fast if the doctor recommended it to protect their health, and the huge death toll caused the city's morgue to fill more than it could handle.

The summer of 1896 was devastating for Americans living on the East Coast, especially those in New York City. During mid-August, a devastating heat wave hit the city and lasted for 10 days. The heat wave has caused thousands of deaths, many from living in overcrowded and filthy housing exacerbated by the effects of the heat. Theodore Roosevelt was the city's commissioner of police at the time, and wrote about the horrific conditions he witnessed on the streets.

More than a thousand Greeks died in the summer of 1987 after a long heat wave swept the region. It got so hot at times that grave diggers had to get ice from local fish markets to prevent the bodies from spoiling before they could be buried. Temperatures in Athens reached 45 degrees Celsius, well above the region's average summer temperatures, and a lack of air conditioners in many Greek hospitals exacerbated the death toll, with elderly people particularly affected. The heat wave lasted for more than a week before temperatures returned to normal levels.

At least 1,200 deaths were confirmed during India's brutal heat wave in 2002, which lasted for more than a month. The biggest impacts occurred in the southeastern Indian state of Andhra Pradesh. More than 1,000 victims lost their lives in just two weeks, making it one of the bloodiest weeks in the country's history. The heat wave was caused by dry winds from northwest India that spread across the country, accompanied by exceptionally high temperatures.

About 215 people died on July 15, 1995 alone, making it the worst day for a heatwave in Chicago that year, and more than 700 people lost their lives by the end of the week. Temperatures remained above 32 degrees Celsius for an entire week, and rose to more than 37 for several days. The high death toll is attributed to several factors that highlighted the city's unpreparedness for a disaster of this magnitude. Many people ignored the danger of high temperatures, believing that warnings of the danger of the situation were exaggerated.

You may also be interested: Why does the forty-fourth temperature kill hundreds in some countries of the world while the inhabitants of the Arabian Peninsula coexist with it?