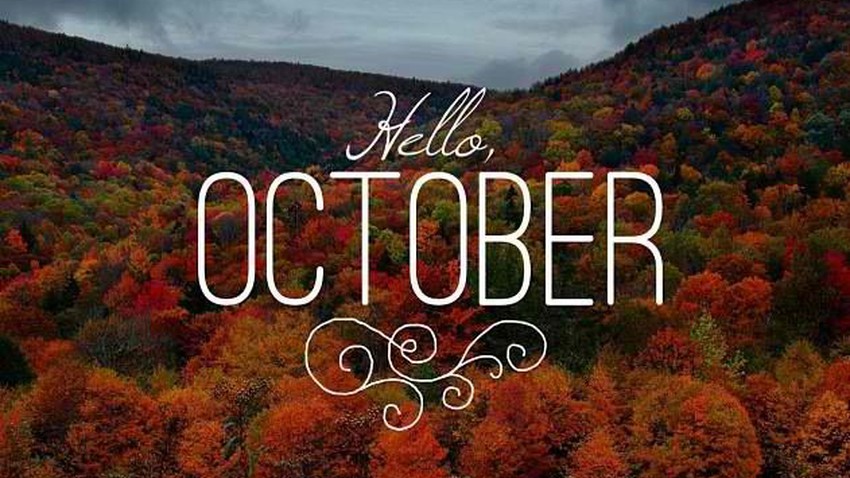 Among the famous proverbs circulating in the Arab Mashreq about October:

Tishreen may witness the “Al-Mas’a Winter” i.e. rain falling “splitting” and “flattening” the fruits of the pomegranate tree.​

"The year of starlings I plow in the fallow"

The migration of birds in Tishreen was linked to his expectations of the next season’s fertility or fecundity. Many popular examples are cited in this regard: “The year of starlings I plow in the fallow.” The starling is a small, inhabited bird that migrates to the Levant after olive picking (in Charin) and its good fortune is with farmers. The proverb means when the starlings come to plow all your land and sow it, even rocky and uncultivated ones, i.e. (fallen).

"Year of the cat sell cover"

And the cat is a kind of wild pigeon that comes to the Levant in Charin”, that is, at the time of sowing, so it eats a lot of sown love, and its arrival is a bad omen, and the proverb “The year of the pigeon brushes and sleeps” meaning the previous proverb.

In October, when many fruits fall, the summer fruit season ends, citrus fruits and some winter fruits begin to appear, and it is the beginning of the season of picking the fruits of the olive tree, and the leaves fall from the trees that are not evergreen.

In the month of October, the marking “the rainy season” begins, and it is called by this name because it marks the land with greenery and plants.

If "Al-Wasm" occurs early during October, it is called "Al-Wasm Al-Badri"; That is, it started early in the rainy season, which is an indication of a abundant rainy season, as the east winds, which are called by the common people “Al-Sharqi” because they come from the geographical east, are hot and dry winds that bring with them a lot of “Bahish” which are crawling insects and scorpions.

You may also be interested in: What is the cause of seasonal depression that occurs with the change of seasons? And how can it be treated?