The outcome of the air instability, 4 people died due to torrential floods (may God have mercy on them) 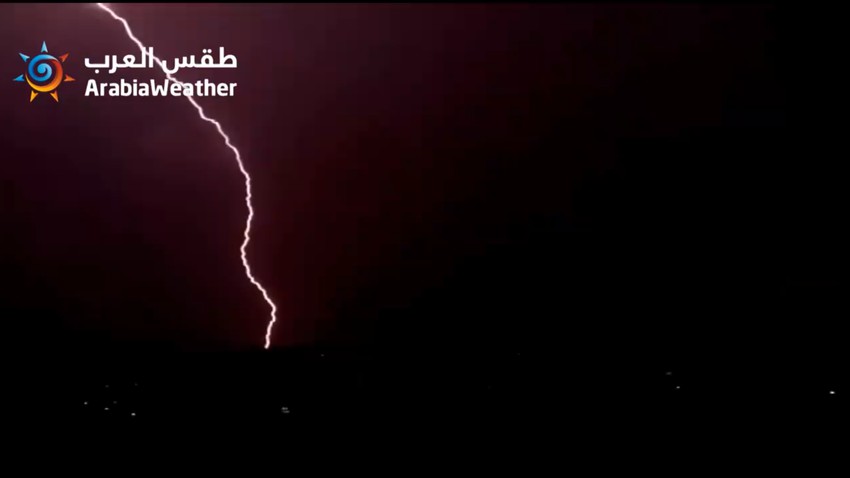 Weather of Arabia - The Levant, Egypt, Iraq and Saudi Arabia have been affected by unstable weather conditions due to the eruption of an air depression in the high air layers towards the eastern Mediterranean and northern Egypt, and in conjunction with the blowing of warm and humid air currents from sub-tropical shows, which led to the emergence of unstable weather conditions with a response The Red Sea depression is clearly and effectively superficial in both Egypt and the Levant, before it turns into a frontal air depression on Thursday and Friday

The rains began during the evening and night hours of Wednesday in the south of the Kingdom, specifically in the governorate of Aqaba, where heavy rains fell with the occurrence of thunderstorms, and the rain extended during the hours of Thursday morning to large parts of the southern regions

The unstable atmosphere worsened with Thursday afternoon and evening hours

The severity of the unstable weather increased in some regions of the Kingdom, concentrated in the eastern regions and parts of the southern regions, where the area of thunderstorms expanded and worked on heavy thunderstorms at intervals and led to the formation of torrents in many areas of the Kingdom, concentrated in the southern and eastern regions, and were in the form of torrents Sweeping in those areas

4 people died due to torrential torrents in Al-Ruwaished area

The torrential torrents formed in the Al-Ruwaished area, swept away four people and led to their loss at dawn on Friday, and rescue teams in the Civil Defense Directorate began searching for the missing persons, where they found one of the missing people who had died by the hours of Friday morning

Search and rescue teams in the Civil Defense Directorate continued to search for the last missing person, and the body of the last person was found in the early morning hours of Saturday.

The highest amount of rain in the Kingdom

The governorate of Mafraq had the highest amount of rainfalls during the Kingdom being affected by unstable weather conditions, with a rate of 47 mm, according to the Meteorological Department

We review for you the quantities of rainfall in the Kingdom during its affected by unstable weather conditions: 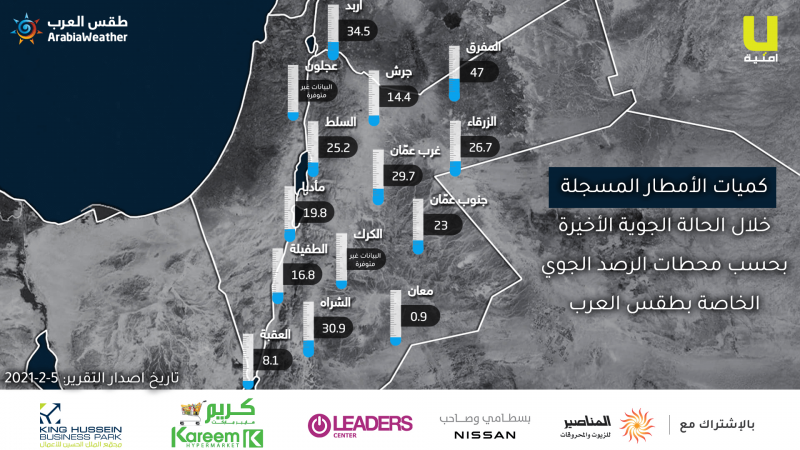