The rare Fujiwara phenomenon affects typhoon `Hinamur`, classified as Category 5 (extreme), and Japan and South Korea are preparing to receive it

Arab weather - Tropical cyclone "Hinnamnor" interacted with the tropical system in the northwest Pacific Ocean and derived additional strength from it and rose to the fifth degree (Super typhoon). The orbitals are so close to each other that a binary interaction occurs, and they wrap around each other and merge as a single orbital system.

According to the latest weather data and readings of the speed of typhoon "Hinamnor", it is expected that it will move directly towards the north, coinciding with a gradual decline in its classification, and that it will directly affect South Korea and southern China by the middle of next week, which will cause massive floods and torrential rains due to heavy rains and High winds and high sea waves flowing on land due to the nature of the lowlands. 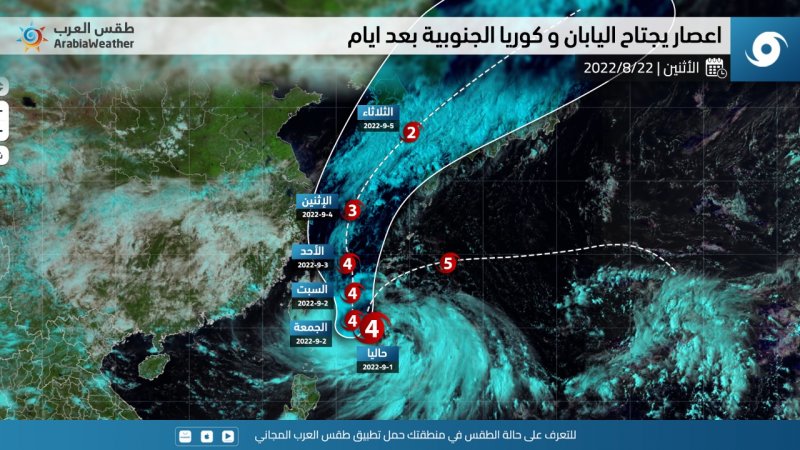 Before that, typhoon "Hinamur" is expected to hit the island of Okinawa and the surrounding islands on Friday and Saturday, accompanied by gusts of up to 250 kilometers per hour, and heavy rain that causes floods.